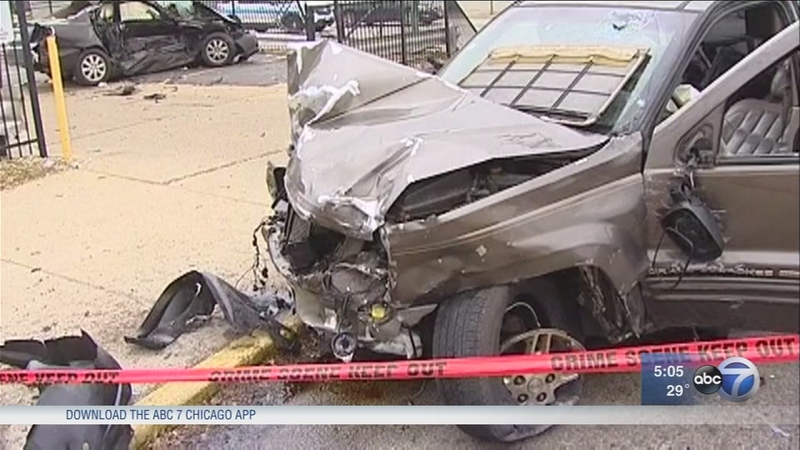 CHICAGO (WLS) -- One person was killed and three others were seriously injured in a crash Saturday afternoon in West Town, authorities said.

The crash happened at 1:34 p.m. at Hubbard and Ashland, according to Chicago Fire Department. Two vehicles were involved in the crash, and one of the vehicles crashed into a pole.

Police said the driver of a Jeep was being chased and blew past a stop sign before crashing into a Toyota. The driver of the Toyota, a 58-year-old man, was killed in the crash and pronounced dead at the scene.

"The guy in the Jeep was coming down Hubbard it looked like he was going 60 mph," said Danielle Johansson, a witness.

The driver of the Jeep was taken into custody and charges are pending. Police said alcohol was determined to be a factor in the crash.

"I was at the gas station getting and I heard an explosion," said Johnny Logalbo. "And I looked and there was smoke everywhere. And I came right over. And it looked like destruction. Everything was destroyed."