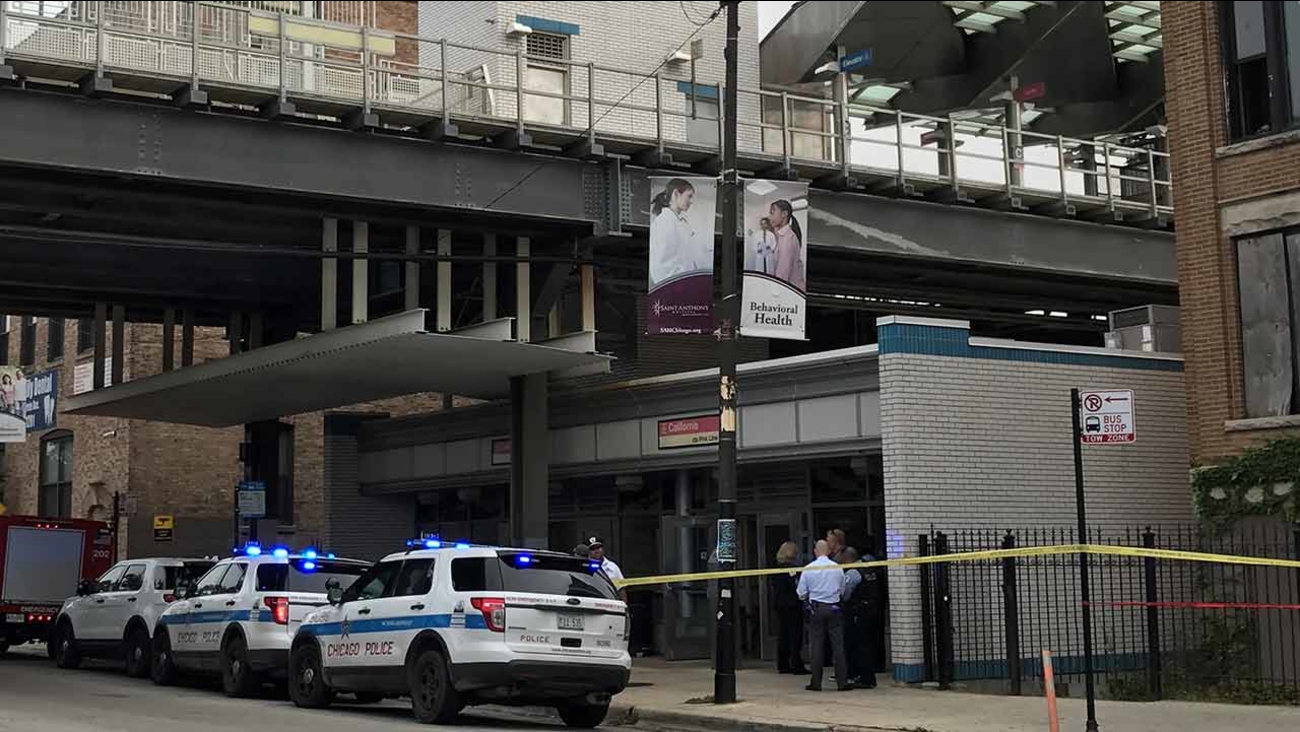 CHICAGO -- Five people were killed and at least 39 more people were wounded in shootings across Chicago between Friday evening and early Monday.

The most recent fatal shooting happened early Monday in the West Side Austin neighborhood. A 33-year-old man was shot in the head at 3:34 a.m. in the 100-block of North Central Avenue, according to Chicago police. He was pronounced dead at the scene. A 26-year-old man was also shot in the neck, chest and jaw, and taken in critical condition to Mount Sinai Hospital.

Sunday afternoon, a man was fatally shot in the Lawndale neighborhood on the Southwest Side. The 28-year-old man was shot in the back at 4:02 p.m. in the 2000-block of South Homan, police said. He was pronounced dead at the scene. The Cook County medical examiner's office confirmed the death, but did not release his name.

On Sunday morning, a man was fatally shot outside a Pink Line CTA station on the Southwest Side. Officers responded to a fight outside the California station in the 2000-block of South California at 7:38 a.m., police said. A 20-year-old man, who has not yet been identified by the Cook County Medical Examiner's Office, was shot in the neck and pronounced dead at the scene. A 24-year-old man was shot in the buttocks and taken to Mount Sinai Hospital, where his condition was stabilized.

Early Saturday, a man was shot to death in the South Side Chatham neighborhood. Just before 1 a.m., the 35-year-old was driving west on 79th Street near Champlain when he heard gunshots and realized he'd been hit in the buttocks, police said. His car crashed nearby, and he was taken to Stroger Hospital where he died, police said. His name has not yet been released.

About half an hour earlier, a 17-year-old girl was fatally shot in the South Side Back of the Yards neighborhood. Noame Zuber was in the back seat of a vehicle going north in the 4500-block of North Wood about 12:30 a.m. Saturday when a gunman on the sidewalk shot her in the head, authorities said. Noame, of the 5400-block of South Kenneth, was taken to Holy Cross Hospital where she was pronounced dead at 12:52 a.m.

The most recent nonfatal shooting happened early Monday in the West Side Austin neighborhood, police said. At 2:33 a.m., the 38-year-old was walking in the 5200-block of West Augusta when someone walked up and announced a robbery, police said. The victim was shot in the foot after he pushed the suspect and ran away. He was taken to West Suburban Medical Center in Oak Park, where his condition was stabilized.

At least 35 more people were wounded in other city shootings since 6:45 p.m. Friday.