Baby accidentally shot by another child in Riverdale, police say

WLS
By Liz Nagy
RIVERDALE, Ill. (WLS) -- A 1-year-old boy remains hospitalized after he was accidentally shot in the head by another child in south suburban Riverdale, police said.

A neighbor recorded video of the baby as he was carried out to an ambulance late Thursday morning in the 100-block of East 136th Street.

Neighbor Andre Robinson said he scrambled to try and save a bleeding baby Lennox.

Police said older children who were watching the little boy were playing with a gun when it went off around 11:30 a.m.

"I didn't hear the shot. They came and got me," Robinson said.

"I heard the lady across the street screaming. I was asleep and her screaming awakened me," said Mary Lacey Thomas, a neighbor.

A neighbor said the baby's mother was nearby when a bullet hit her child in the head. Robinson ran up to help, and may have saved the child's life.

"I sure hope so. That's all I care about is that he makes it," he said.

Baby Lennox remains listed in critical condition at Advocate Christ Medical Center. As he fights to pull through, police are investigating how a loaded gun got into the hands of children with a 1-year-old in the room.

The gun was recovered from the apartment. All of the children and family members in the home at the time of the shooting are cooperating with the investigation, police said.
Related topics:
riverdalebabyshootingtoddler
Copyright © 2020 WLS-TV. All Rights Reserved.
RELATED 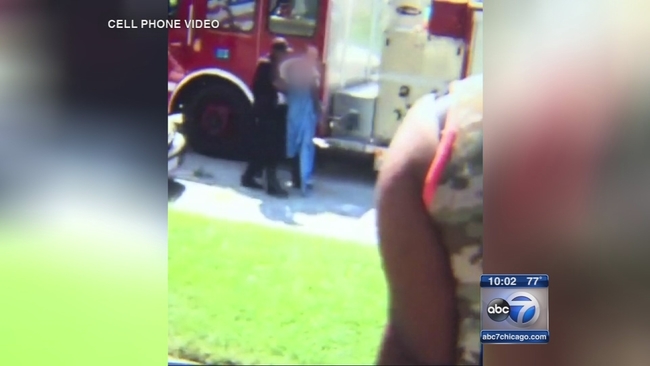