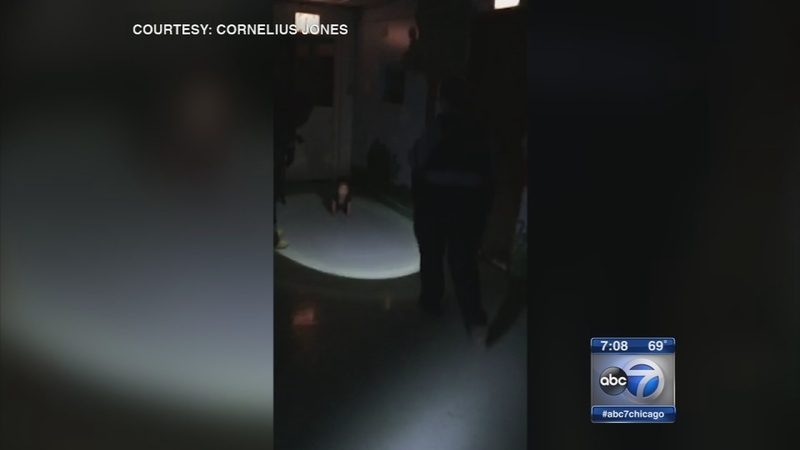 CHICAGO (WLS) -- A 1-year-old girl was left alone, locked inside a dark daycare facility on Chicago's West Side. Now, her father is sharing the video he took of Chicago police busting into the daycare center to reach her.

All Things are Possible for Kids opened for daycare Tuesday as the Illinois Department of Children and Family Services investigates an incident on Monday night.

Cornelius Jones flagged down police. He'd arrived to pick up his baby girl. He says no one answered, but he could hear his daughter's cries inside.

"It was pitch black and like, the police had flashlight down and the only thing I could see was my baby crawling on the floor," Jones said.

"It was dramatic feeling. I didn't know what to feel like, my heart dropped. I was just glad she was okay," Jones said.

"My heart dropped, dropped. Like, wow. The last thing I expected to happen, happened," Borum said.

Journee is now healthy and happy at home. The 1-year-old is finding her voice and her footing and is quick to explore her surroundings.

No one from the daycare center has commented. We've also learned there was another incident at the facility in which a child was not picked up and one of the providers took the child home. In that case, the child was not left unattended.

"Protocol is, when you let the kids go, you check the whole checklist down and make sure everyone's checked out. Who was supposed to check that checklist?" Jones said.

Journee had only been to All Things Are Possible for Kids for a week. On Tuesday, her parents stayed home from work to care for the active little girl and said they have no plans to enroll her in any daycare.