WLS
CHICAGO (WLS) -- Charges have been filed in connection with the shooting death of an 11-year-old girl while she was attending a sleepover Friday night.

Tevin Lee, 18, is charged in connection with the murder of Shamiya Adams, the state's attorney's office says. Lee, of Chicago's West Side, is charged with one count of murder, one count of felony murder and one count of aggravated discharge of a firearm.

"It brings some closure, but to lose a baby. That's going to be with us for a long, long time. It's a tragedy," said Roger Goodloe, Shamiya's grandfather.

Police say six days ago it all began to unfold a block from where Shamiya Adams was killed. Two 14-year-old boys got into a fight. Six hours later, investigators say that Lee, a known gang member, went looking for one of them, saw him standing across the street, and fired four to five shots. One of those shots went through an open window, hitting 11-year-old Shamiya.

"We have two 14-year-olds fighting, and someone introduces a gun into a fistfight. And we now have another child murder," said Supt. Garry McCarthy, Chicago Police Department.

Lee does not have a felony criminal background, but police said they immediately got valuable leads from witnesses and important help from neighbors. They picked up Lee on Tuesday and charged him with murder Thursday.

"These guys are out here and they're shooting, and they can't guide the bullet, they can't recall it. And they're always hitting someone innocent. Pure innocence is what's leaving our world, and that's what Shamiya was," said Marian Stevenson, Shamiya's aunt.

Shamiya's family is preparing for her funeral Saturday. Her mom, Shaneetha Goodloe, chose not to speak at a fundraiser for the family Thursday afternoon other than to express her gratitude for an outpouring of community support, including a visit from the mayor.

Police said they are confident Lee is the shooter, but the investigation continues because there were more people on the scene at the time, and conceivably, more arrests could follow. A gun has not yet been recovered, police said. 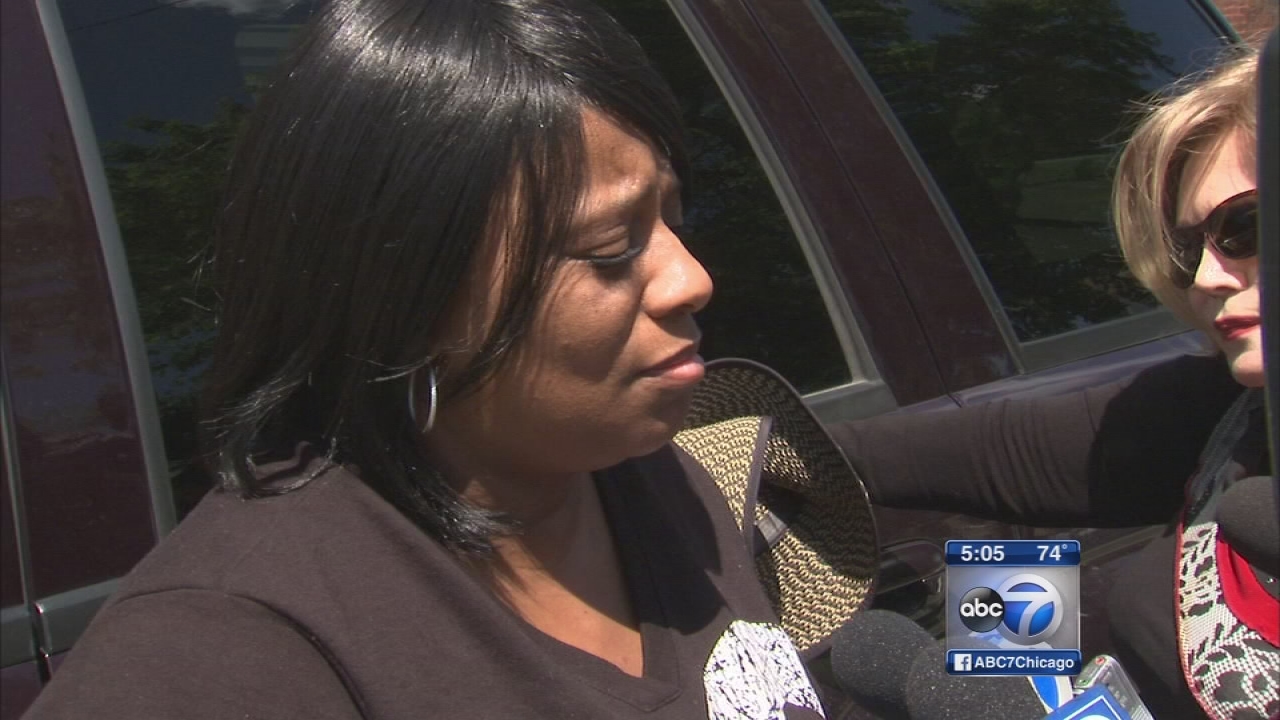 Shamiya's family reacted to news of the arrest at a fundraiser Thursday evening. Friends and co-workers of Adams' mother organized the event at Fatso's Last Stand in Ukrainian Village to help raise money for Shamiya's family.

"It does make for more peaceful closure for my family. Oh my God, oh my God," said Stevenson.

Eyewitness News asked the aunt if she knew Tevin Lee, the 18-year-old charged with the murder of her niece.

"No, no. I never heard of him," said Stevenson. "It's actually bittersweet. Three families have been affected: Shamiya's family, her mom's side, her father's side, and now the family of this kid, who's going to be going to jail. What can I say? It's bittersweet."

The pain is felt by the entire community, as several friends and supporters participated in a mass memorial to help bring much-needed attention to the epidemic of gun violence in Chicago.

"It is a real tragedy for this community. Two families have been destroyed, two families obliterated, and here we have a community that is still reeling," said Rev. Ira Acree, Greater St. John Bible Church. "It is positive to know someone is in custody because these families have been traumatized by this event."

"Two families are hurting right now, the little girl who lost her life and the family of the young man that did the shooting. It is genocide out here, black-on-black crimes. It has to stop," said Payton Jones, friend of Shamiya's family. 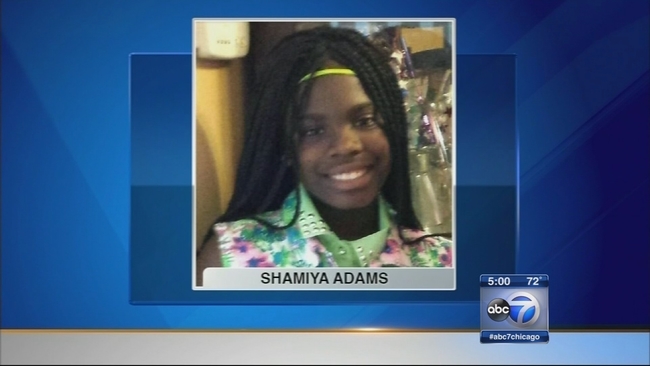 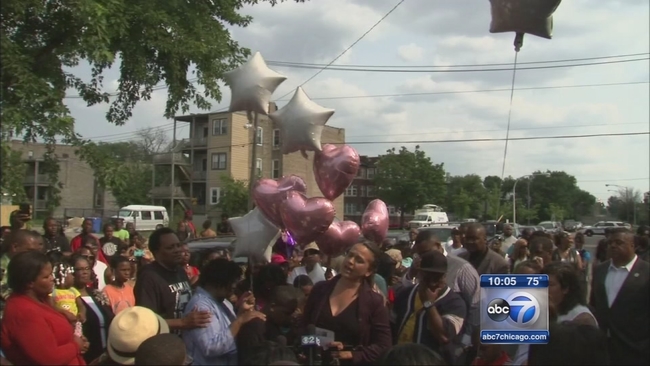