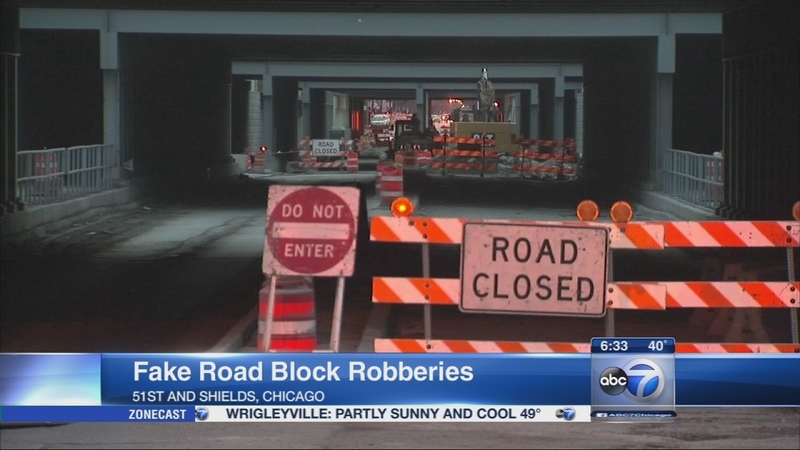 CHICAGO (WLS) -- Police are warning drivers in Chicago's Fuller Park neighborhood about robbers using a fake road block to force victims out of their cars.

Legitimate construction work has shut down one lane along that stretch West 51st Street. Police said the thieves are using a construction barrel to block the other lane.

When drivers got out to move the barrel, police said they were beaten and robbed by three or four male suspects.