Police get donation of drug that reverses overdose effects

WLS
By Sarah Schulte
U.S. Sen. Mark Kirk, R-Illinois, talked about heroin abuse prevention on Wednesday and advocated for first responders to be equipped with Narcan, the life-saving drug that can reverse the effects of an overdose.

Kirk takes credit for getting Narcan approved as an over-the-counter drug, part of his effort to prioritize efforts to combat the heroin epidemic.

"People from the suburbs look at this problem and think not my problem inner city problem, trying to make sure shift view of this," Kirk said.

No one knows better about how it can affect a suburban kid than Mark Filler, a Highland Park dad who lost his 23-year-old son Jordan to an heroin overdose two years ago.

"Obviously, it was a devastating horrific nightmare, my wife and kids decided immediately to devote time and energy to saving other people," said Filler, of the Jordan Michael Filler Foundation.

On Wednesday, the foundation, which was started by the Filler family, donated 500 units of Narcan to local police departments. Kirk is counting on private money to pay for Narcan because funding was not included in a recent bill he co-sponsored to combat heroin use.

During a press conference that was not intended to be a political event, Tammy Duckworth, a Democrat vying to unseat Kirk, criticized him for repeatedly voting against expanding funding for treatment of opioid addiction.
Related topics:
highland parkdrug treatmentdrug addictionmark kirk
Copyright © 2020 WLS-TV. All Rights Reserved.
RELATED 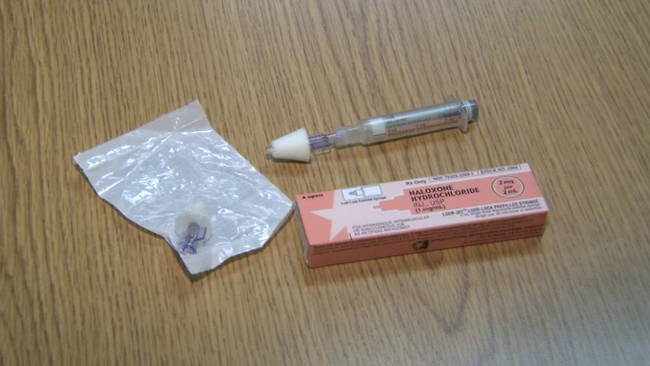