WLS
By Michelle Gallardo
CHICAGO (WLS) -- A 4-year-old girl shot in the head is in critical condition a day after a bullet hit the child while she was sitting in a car in the West Englewood neighborhood, hospital officials said.

Jacele Johnson, 4, is fighting for her life as she recovers from surgery. Doctors were unable to remove the bullet and she might need another surgery, a family member said.

Police are investigating the shooting, which they said took place outside a prom party Friday night in the 7000-block of South Justine Street. No arrests have been made.

The little girl was sitting in her mother's parked car with a 17-year-old cousin when another vehicle pulled up and fired shots. Jacele was shot in the head, her cousin in the neck. A fifteen-year old girl, who was not in the vehicle, was struck in the head. Both teens are recovering at separate hospitals.

Police said the shooting may be gang-related and stemmed from an earlier dispute.

"Put them guns down," said Andrew Holmes, community activist. "If you want to do something constructive with your hands, try to enhance the quality of life of others, because this is not just Memorial Day, this is every day in the city of Chicago."

Chicago police Cmdr. Ron Holt visited with the family on Saturday at University of Chicago Comer Children's Hospital to tell them about resources available for the victims of crime. He's not just representing Chicago police, his son Blair Holt was the victim of gun violence in 2007.

"I'm here for professional and personal reasons and to really encourage Jacele's mom and dad and the entire family," Holt said.

He added: "They have been praying. They are a strong family unit. They are holding onto prayers that Jacele will pull through this horrible incident."

There is an $11,000 reward for information leading to an arrest. 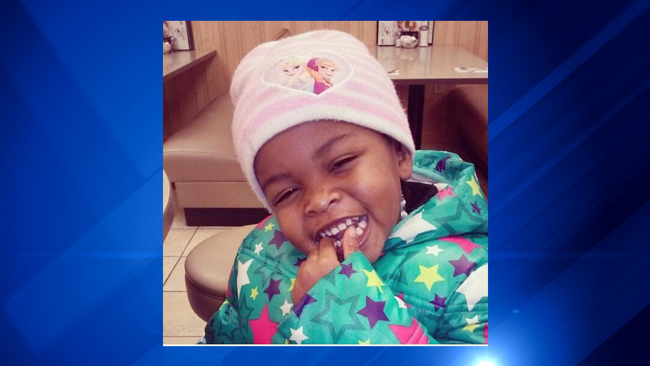