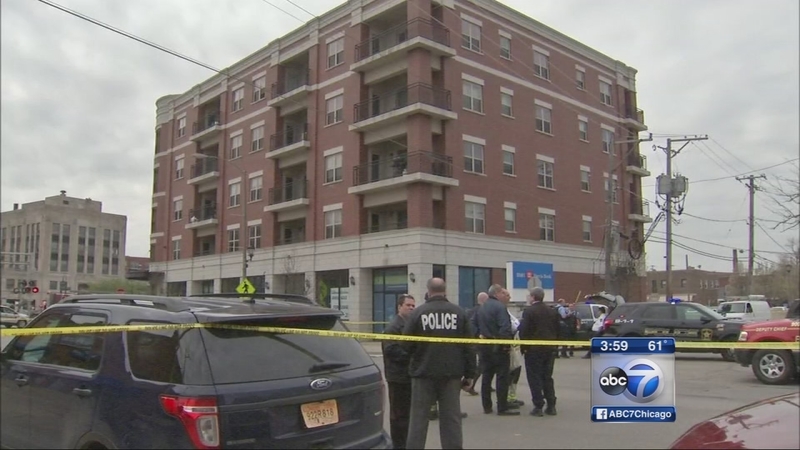 BERWYN, Ill. (WLS) -- A death investigation is underway after a man was found dead in a home near MacNeal Hospital in Berwyn, police said.

A source close to the investigation told the I-Team that 54-year-old Dr. Jon Azkue, a resident at MacNeal, committed suicide by inhaling helium.

Police were called to check on a man living in the fourth floor condo unit in the building at 32nd Street and Oak Park Avenue around 10:15 a.m. Thursday. Officials say they found a body and several tanks, which prompted police to evacuate all residents as well as the businesses on the first floor.

"There were possible improvised explosive devices, propane tanks, around the body," said Berwyn Police Chief Jim Ritz. "So we weren't sure what we had, so we evacuated the building and immediately called the Cook County Bomb Squad."

The Bomb Squad cleared the scene before detectives stepped in to investigate the death.

"Our crime scene evidence technicians are going inside and photographing and doing our basic evidence tech work to determine cause of death, and if there is any suspicious circumstances around them," Ritz said.

Dozens of people evacuated, including doctors who are residents at nearby MacNeal Hospital, and families who live in the building.

"I was actually going to get baby food because my daughter is in one of the vehicles," said resident Jemin George. "It's been almost three hours since she's had something to eat."

Chicagoland Retinal, one of the first-floor businesses that had to close for the evacuation, had more than 20 patients at the time.

"It's an inconvenience for the patients especially," said Riz Ahmen, a Chicagoland Retinal employee, "because most of our patients are seniors. They have vision issues."