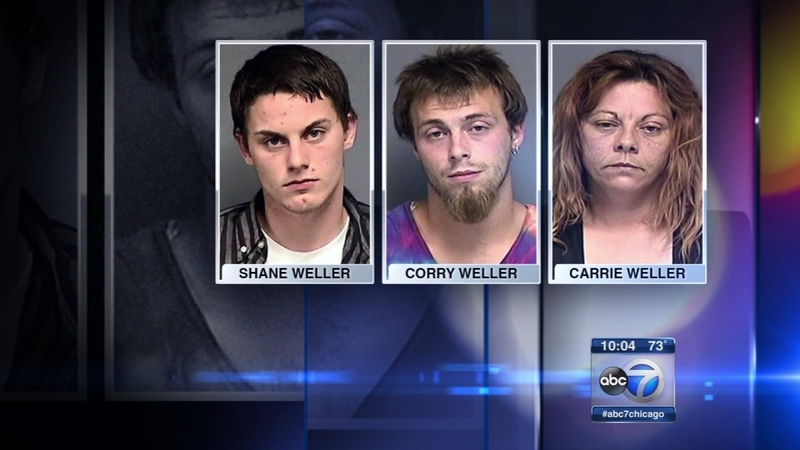 CANTON, Ill. (WLS) -- Police say a mother and her two sons beat up a black teenager while yelling racial slurs at a campground southwest of Chicago over the weekend.

According to police, Carrie Weller, 42, and Corry Weller, 21, were arrested at the Canton Lake campground at 4:35 p.m. Sunday after officers responded to a call of a fight in that area.

"They started beating him up and held him underwater until he was pretty much not breathing," says the victim's mother, Tina Foley.

Investigators said they later learned that racial slurs and threats were made to the 15-year-old victim during the incident. Police said the Fulton County State's Attorney will be adding charges of mob action and hate crime in addition to the battery charges already filed.

Shane Weller, 19, was taken into custody Wednesday night. Police said earlier in the day that Weller, who is Carrie Weller's son will be charged with battery, mob action and hate crime once he is apprehended.

The 15-year-old victim had minor injuries and did not require medical attention, police said. The Foleys are stunned that this could happen where they live.

"I'm proud to be from Illinois, because I tell people from Alabama, you know, it's not like that up there. And hell, here I've got a video of people trying to drown my brother, call him the n-word," says Jordan Foley.

Canton is located about 200 miles southwest of Chicago.