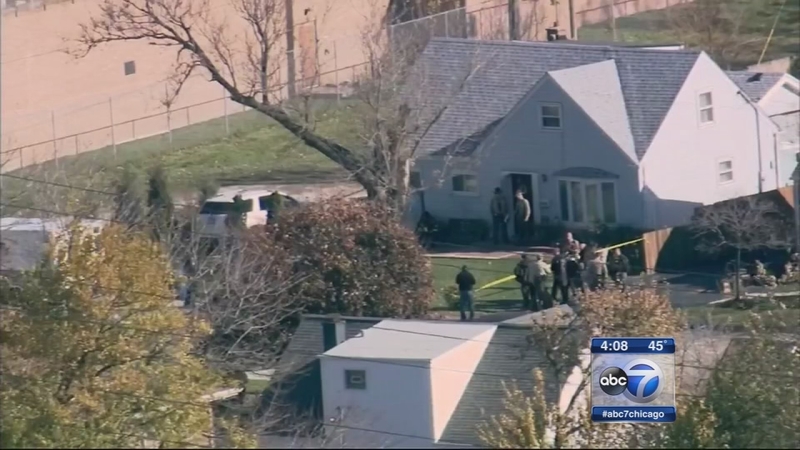 FRANKLIN PARK, Ill. (WLS) -- A man barricaded himself inside the home of an elderly woman in Franklin Park after fleeing the scene of a crash on the Tri-State Tollway, Illinois State Police said.

The 28-year-old Chicago man, who is now in custody, escaped after his vehicle crashed into a median on southbound I-294 around 6:30 a.m. Friday. Police say he was in a domestic altercation with his wife during the accident. After the crash, police say he tackled an Illinois State trooper and fell to the ground before running across all lanes of traffic.

"As he approached the driver, the driver attacked our trooper and fled the scene of the crash," said Major Luis Gutierrez, regional commander, Illinois State Police.

Officials say the man's wife and four children, who were in the vehicle at the time of the accident, were hospitalized as a precaution. The trooper was hospitalized with minor injuries.

Police say the man, who was armed with a knife, then barricaded himself inside the home of a 91-year-old woman on Rhodes Avenue near Melrose Avenue.

"Nobody opened the door. He did it himself," said Mel Curita, the victim's son-in-law.

Curita said two of his family members were able to get out but the woman could not. As SWAT teams surrounded the property, police say she was able to get to the phone and call them, providing a play-by-play of where in the house the man was.

Although he never used the knife against the woman, crisis negotiators convinced him to come out after nearly two hours of negotiations around 10 a.m.

The victim is under observation at a hospital.

Illinois State Police are searching for a person who fled the scene of a crash on the southbound Tri-State Tollway near the Grand Avenue curve.