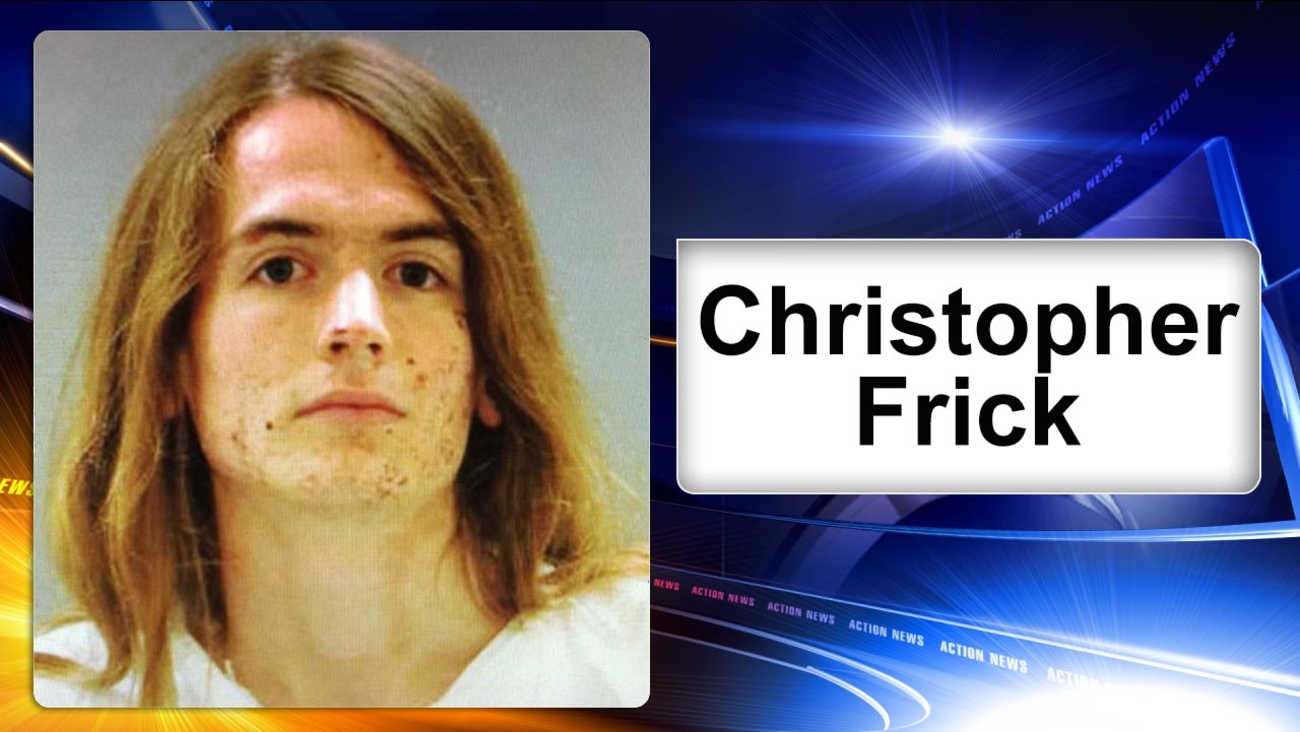 HOCKESSIN, Del. -- Police have identified the man accused of killing a psychiatrist in her Hockessin, Delaware home, and released some disturbing details.

21-year-old Christopher Frick, of Newark, is charged with first degree murder and is being held without bail in the death of 55-year-old Caroline Ekong.

While announcing the charges on Thursday, investigators say Frick had been planning this attack for three years.

"This is a very, very tragic case where someone was obviously obsessed with another individual," said Colonel E. M. Setting of the New Castle County Police.

While investigators wouldn't say if Frick was a patient of Ekong's, they did say the two knew each other through a professional interaction.

Police say they weren't able to disclose a possible motive.

The killing happened early Wednesday morning inside Ekong's home in the unit block of Withers Way in the community of Sanford Ridge.

Police say Frick parked his vehicle in a lot near Ekong's home, then broke in and confronted her. There was an altercation, police say, then Frick stabbed Ekong multiple times.

Ekong's body was found by her daughter around 4 a.m.

About a half hour later, police say they received a call from Frick, who allegedly said he was responsible for the woman's death.

New Castle County Police Officer Tom Jackson explains, "Within about a half an hour, about 4:27 a.m., we received a call from the subject giving us information that he was responsible for this incident."

Patrol units went to a home on Springbrook Lane in the Autumnwood development and took him into custody without incident. Police say he provided details that indicated his involvement.

Officer Jackson says, "We are not looking for any other suspects at this time."

The victim worked at the Rockford Center, a mental health facility in Newark.

On Wednesday afternoon, they issued a statement that reads in part: "The Rockford Center is cooperating with local authorities and will continue to do so. On behalf of all the staff at the Rockford Center, I extend our thoughts and prayers to the family during this extremely difficult time."
Related topics:
u.s. & worldbody found
Copyright © 2021 WPVI-TV. All Rights Reserved.
More Videos
From CNN Newsource affiliates
TOP STORIES