Police testify on how they caught alleged murderer in O'Laughlin trial 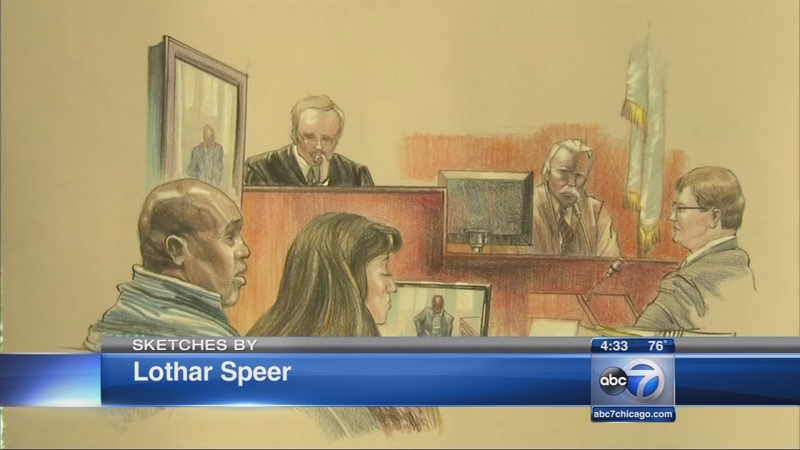 Police testify about how they caught suspect at O'Laughlin trial

BRIDGEVIEW, Ill. (WLS) -- Monday at the Kelli O'Laughlin murder trial, police gave testimony about how they caught up with the man accused of murdering the 14-year-old girl in her southwest suburban home.

In the old days, detectives might have followed footprints to catch up to a criminal, but in this case it was a digital trail that led to the arrest of the man accused of killing O'Laughlin.

On October 27, 2011 Kelli O'Laughlin was murdered inside her southwest suburban home. A few hours later foreign coins collected by her parents and stolen from the scene are used to pay taxi fare from a 7-11 in Willow Springs to the CTA stop at Midway Airport.

From there, an expert testified today that the CTA's network of 23,000 cameras picked up the trail of a person matching the description of a man seen near the O'Laughlin's home. The cameras captured him walking through stations and riding the rails.

At one point that night, defendant John Wilson, Jr. even sent a selfie of himself on the train to a girlfriend.

As for those stolen foreign coins, a former friend testified Wilson called him the night of the murder.

"He basically wanted to know if I know how much 5 British pounds was worth and where he could find out about what he could do with it," the friend testified.

On Monday, Kelli O'Laughlin's parents - Brenda and John - making a difficult decision. They want to stay in the courtroom even as prosecutors present autopsy photos showing their seemingly always smiling and full of life daughter... after her death.

In court, Kelli's parents told the judge that they want the autopsy photos shown in open court and that they plan to be there when they are. The judge had worried about showing such graphic photos to the jurors and the defense argued they should be altogether stricken lest they prejudice the jury. However, the prosecution argued that the defense team itself had brought the autopsy photos to bear when they conjectured that O'Laughlin may have stabbed herself. They successfully argued that jurors need to see photos that show she could not have done it to herself. The photos will be shown in court on Tuesday.