Police use Taser on Metra passenger during scuffle 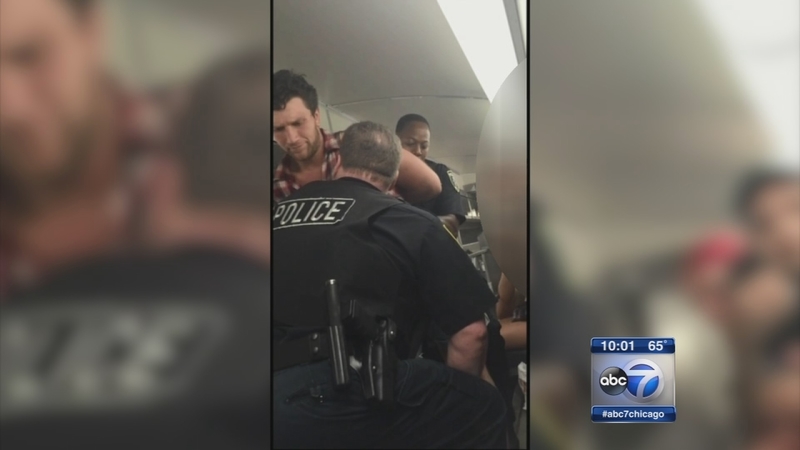 CHICAGO (WLS) -- After a man was tasered on a Metra train, ABC7 spoke exclusively to the passenger who claims he was mishandled and abused.

Two stories are emerging after a Metra officer tasered a Bloomingdale man. Metra says Ryan Hutchinson was resisting an arrest, but he says that's not true.

"Owwwww, what the (expletive), man! I'm not even doing anything," Hutchinson said in the video.

"No one really deserves to have something happen to them like that, especially without given the reason," Hutchinson told ABC7.

Hutchinson has scabs after what happened on Sunday into Monday.

Metra officials say the conductor asked Hutchinson and his friends to stop using obscene language, but Metra says they continued. Hutchinson was on his way home from the Lake Shake Music Fest. He says he saw the same conductor the day before.

"He just asked us to be quiet, and we did," Hutchinson said.

On Sunday, the conductor asked officers to take two people off the train at Western. Hutchinson was one of them, and when he did not go down to the first level as officers asked, two officers went to the upper level.

"Hey Hodge, he's got the Taser, dude. Hodge, it's not worth it," someone in the video is hearing saying.

But it raises legal questions.

"Arresting someone without probable cause. And that is the circumstance we are dealing with here," said Robert Fakhouri, Hutchinson's civil attorney.

"Tase me, I dare you, I (expletive) dare you," Hutchinson is heard saying in the video.

Even though Hutchinson dared them, there is debate about whether he resisted an arrest.

"I was not. I was willing to go," Hutchinson told ABC7.

Metra points out that Hutchinson was tasered and then handcuffed, adding in a statement: "The incident could have been avoided if Mr. Hutchinson had complied with the conductor's request to stop using obscene language. The police would never have been summoned. And once the police were there, he could have followed their instructions."

Hutchinson is charged with disorderly conduct and resisting an arrest. He is due in court next month. Depending on that case, his lawyer plans to file a federal lawsuit against Metra.