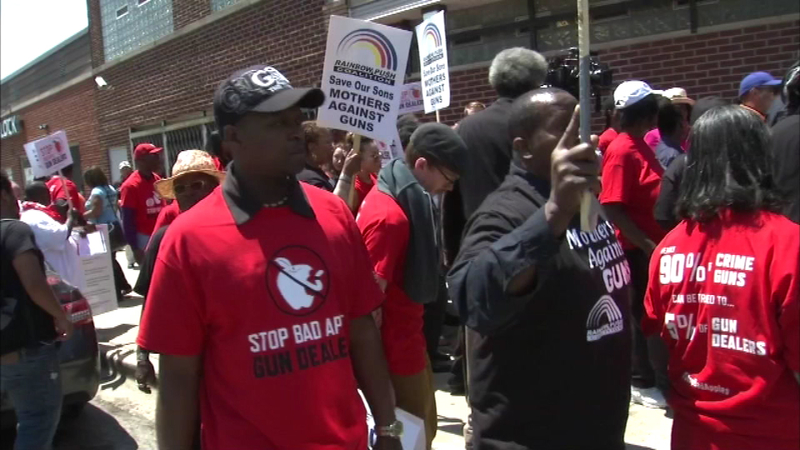 EMBED <>More Videos
RIVERDALE, Ill. (WLS) -- Protesters on both sides of the gun debate converged Saturday on Chuck's Gun Shop in suburban Riverdale, where critics say is where many of the guns used in Chicago crimes originate.

More than 100 people, many of them parents of people killed by gunfire, joined the Rev. Jesse Jackson and Father Michael Pfleger, of Saint Sabina Church on the South Side. The group gathered for two hours outside the gun dealer as a part of the national campaign, Stop Bad Apple Gun Dealers, launched by the Brady Campaign to Prevent Gun Violence.

"These guns aren't appearing on the streets by magic," said Dan Gross of the Brady Campaign. "They are appearing on our streets because people like Chuck's are putting them there."

Chuck's remained open during the demonstration as two men guarded the front door denied entry to the protesters.

The gun shop also had their supporters out.