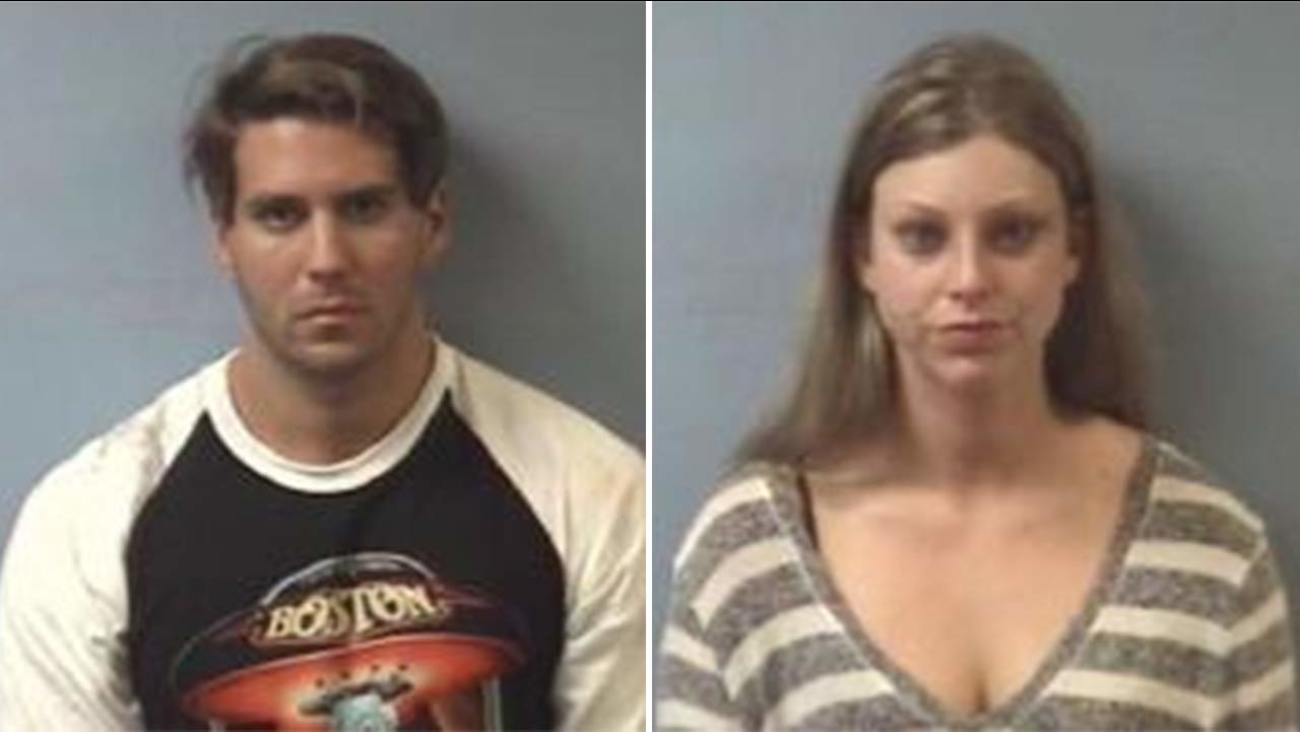 FRIENDSWOOD, TX -- Friendswood police claim a woman who was supposed to be selling a vacant home was caught using the house for something else entirely.

On Saturday, a neighbor leaving for work before 5am noticed suspicious activity at the empty house in the 200 block of E. Castle Harbour when a flashlight-toting couple was spotted going into the home. Police were called and when officers arrived, they peeked inside and saw a man and woman lying on the floor.

The man and woman hid as officers entered the home through the unlocked front door. Kayla Marisa Seloff, 22, of Houston, claimed she and Joshua Gene Leal, 27, of Friendswood, were married and had just purchased the residence the day prior. Seloff and Leal were escorted to their car to retrieve their identification; but as soon as Seloff opened the car door, police say the smell of marijuana was detected and a glass pipe was observed on the dashboard.

The officer collected the pipe and reportedly found a pouch with additional drug paraphernalia and a small baggie of marijuana. Police say Seloff claimed ownership of the marijuana and paraphernalia. She also revealed that she was actually the real estate agent for the home, not the new homeowner. In fact, she had just sold the home and the new homeowner closed on the house the day prior.

Seloff and Leal did not have permission to be in the home, according to the new homeowner, who agreed to file criminal charges. Kayla Marisa Seloff and Joshua Gene Leal were charged with criminal trespass. Their bond was set at $1,000.
Related topics:
sexu.s. & worldtrespassing
Copyright © 2021 KTRK-TV. All Rights Reserved.
TOP STORIES
Naperville, Woodridge residents continue cleanup after EF-3 tornado
Cop who owns house where Englewood shooting killed 5 stripped of powers
Woman stabbed to death in Loop was 'accomplished scholar'
CTU vows to fight back against CPS layoff decision affecting over 400
2 charged in South Shore robbery that killed Urban Prep football star
Dog brought to US through O'Hare contracts rabies
Surviving combat to die at home: Soldier picking out his coffin at 35
Show More
Mother, baby killed in Bronzeville hit-and-run
Child tax credit: Will you be getting monthly payments?
What to expect during Disney World's 50th anniversary party
1 killed in Dan Ryan crash on South Side
Detroit highway shooting kills boy, 2; multiple arrests made
More TOP STORIES News