WLS
By Tanja Babich
SPRINGFIELD, Ill. (WLS) -- For the first time, one of the men who accused former House Speaker Dennis Hastert of sexually abusing him when he was a teenager shared his story with the public.

"Dennis Hastert was a monster, yes was protected by outdated laws," said Cross, who alleges that Hastert molested him in 1979, when he was on Yorkville High School's wrestling team and Hastert was his coach.

He said Hastert used his prestige, power and the law to escape punishment for abusing boys decades ago.

Hastert is serving 15 months for banking violations for paying hush money. However, while a federal judge called the former U.S. Speaker of the House a "serial child molester," too much time had passed for Hastert to be charged with abusing the boys he once coached at Yorkville High.

Illinois law states that someone cannot be prosecuted for a crime committed 20 years after the victim's 18th birthday.

"Sadly my story is not unique because there are too many abusers like Dennis Hastert in this world," Cross said.

"Just by eliminating the statute of limitations we don't eliminate the burden of proof to prove a criminal case," Madigan said.

Cross' story prompted this most recent push for change in Illinois. He got choked up Tuesday as he made his statement.

"Hastert inflicted unbelievable pain on the lives of the youth he was entrusted to care for. Yet, he got a slap on the wrist. As hard as it is to continue to live through the events of the past, the laws in Illinois and across the country have to change," Cross said.

There are currently four bills pending in Springfield that would remove the state of limitations from felony child sex abuse crimes. There are 37 states that are already without restrictions on prosecuting these cases.
Related topics:
springfielddennis hastertsex abuse against children
Copyright © 2020 WLS-TV. All Rights Reserved.
RELATED 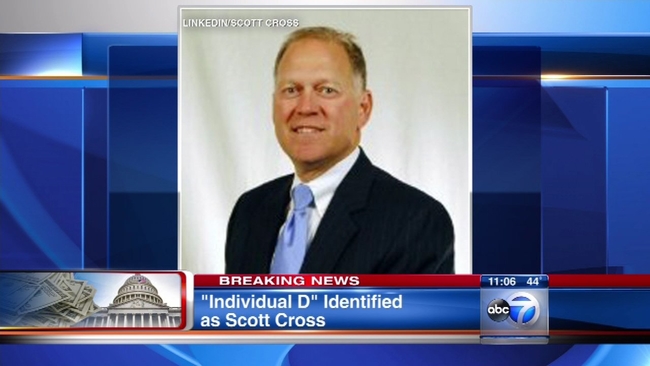