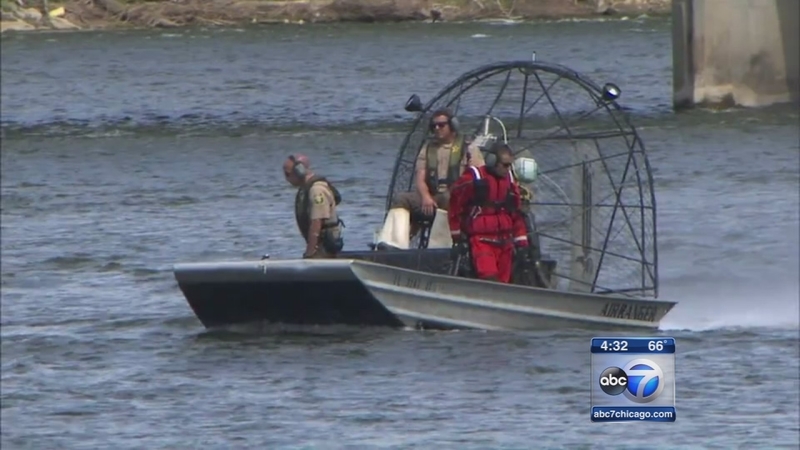 WILMINGTON, Ill. (WLS) -- The effort to recover the body of a 12-year-old boy who fell into the Kankakee River will resume Wednesday morning after workers were unable to locate the boy Tuesday.

The children's family was having a cookout at nearby South Island Park when they say Eder Arroyo wanted to go into the water to touch the wall of the dam. After falling into the water, officials believe he got caught under the heavy churning section of the river called the boil line.

"It's very turbulent and it's hard to get out of that once you get into it," said Deputy Chief Todd Friddle, Wilmington Fire Protection District.

Eder's family said he could swim, but his 13-year-old sister Abiyail, who went in after him, could not. Witnesses saw the Joliet siblings were in trouble just before 6 p.m. and jumped in to help. The current was so strong they had to be rescued themselves.

When police arrived, they were able to save the good Samaritans, but once they were able to get a rope in front of the teen girl, she was unresponsive. She was transported to St. Joe's Hospital in Joliet, where she was pronounced dead at 7:14 p.m.

One of the bystanders that jumped into the water to help, identified as 35-year-old Ramon Ibarra, was transported to a hospital and remains in critical condition.

"We have a lot of people from outside the community that visit out community that are unfamiliar with the water and especially the dam," Friddle said. "Even an experienced swimmer if they are caught under the tow they are unable to get out."