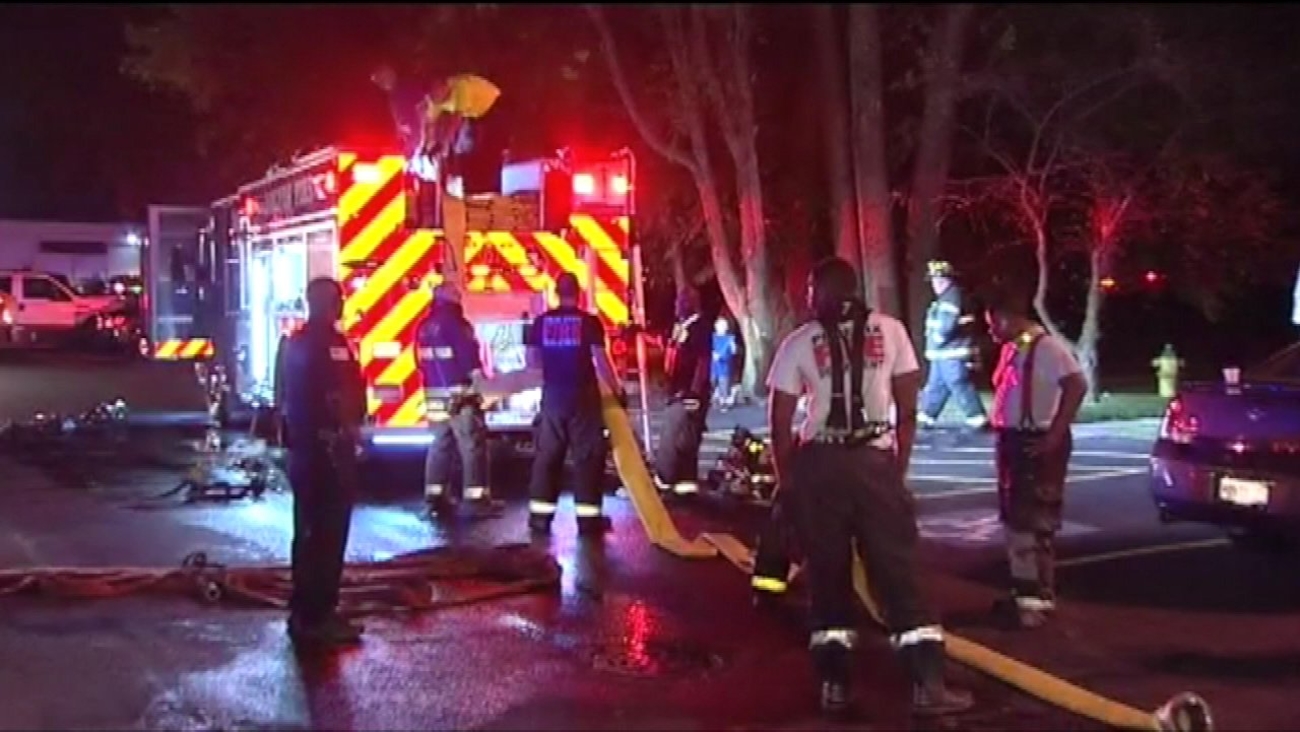 Fire crews from Dolton, Harvey and South Holland responded to the fire in the 14000-block of Greenwood Road around 10:15 p.m. When they arrived, smoke had filled the hallways on the second and third floors of the apartment building and was coming out of the roof.

Dolton Fire Chief Steven McCain said the fire broke out in a second-floor unit. Residents went door-to-door to alert their neighbors of the fire.

"The smoke was getting really heavy, to the point it was turning black, choking you. The neighbors were able to knock on the others' doors, so that we can all get out to safety," said Larry Turner, who lives in the building.

At least one person jumped from a balcony on the second floor, McCain said.

Paramedics checked out 31 people at the scene. Six people were transported to the hospital. McCain said most of the injured suffered smoke inhalation.

The cause of the fire is under investigation.
Related topics:
doltonapartment firefire rescue
Copyright © 2020 WLS-TV. All Rights Reserved.
More Videos
From CNN Newsource affiliates
TOP STORIES