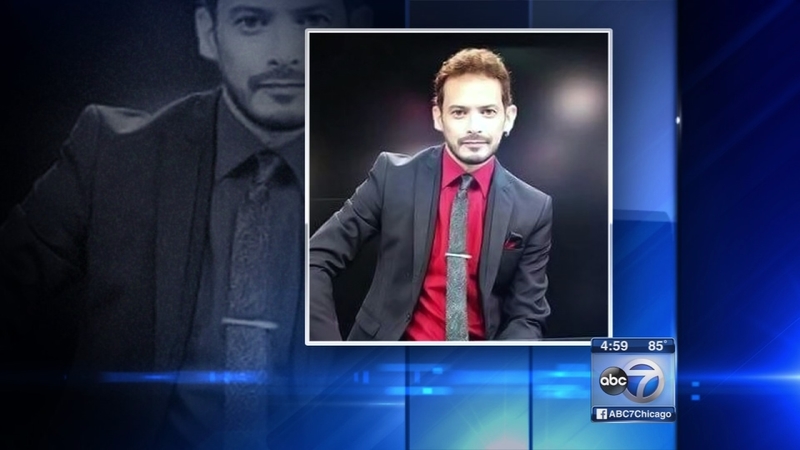 CHICAGO (WLS) -- A Chicago man and contestant on a Mexican version of a popular singing competition show is in critical condition after being shot on Chicago's Southwest side.

Alejandro Jano Fuentes was shot in the head several times in the 4300 block of South Archer in the city's Brighton Park neighborhood.

There are prayers for Fuentes after a confrontation with a gunman outside his Southwest side performing arts center leaves him in critical but stable condition.

"He's fighting a big battle for his life," said Miguel Sanchez, a friend of Fuentes.

The attack happened late Thursday night around 10:15 p.m. Friends say they were celebrating the 45-year-old's birthday with him at his Tras Bambalinas School, located near 43rd and archer in the city's Brighton Park neighborhood.

Witnesses say it was after Fuentes and some friends got into his car that a man suddenly appeared and ordered him out of the car.

Fuentes refused a couple of times, but when the attacker showed a gun. In an attempt to protect his friends, Fuentes got out and that's when he was shot in the head three times.

"It's so difficult. We love Jano. Everyone who knows him. We love him and everybody is concerned about it," said Anacelly Nava, Fuentes' friend.

As of Friday afternoon, Fuentes remains hospitalized at Mt. Sinai.

Although some of the victim's friends say they believe he was targeted because nothing was taken, police continue to investigate if the shooting was the result of a botched robbery or carjacking.

"You can see inside a waiting room full of people who want to see him. He's a beautiful person, he's a loving person, and hopefully he stays with us," said Nava.

Fuentes appeared on the Mexican version of a popular singing competition in 2011. Friends say despite his successes, he remained committed to exposing young people, especially neighborhood kids to the arts.

"Instead of taking the light, he was putting the light on all those guys. So this is a big loss and I don't think there's anyone who can take his place," said Sanchez, a friend of Fuentes.