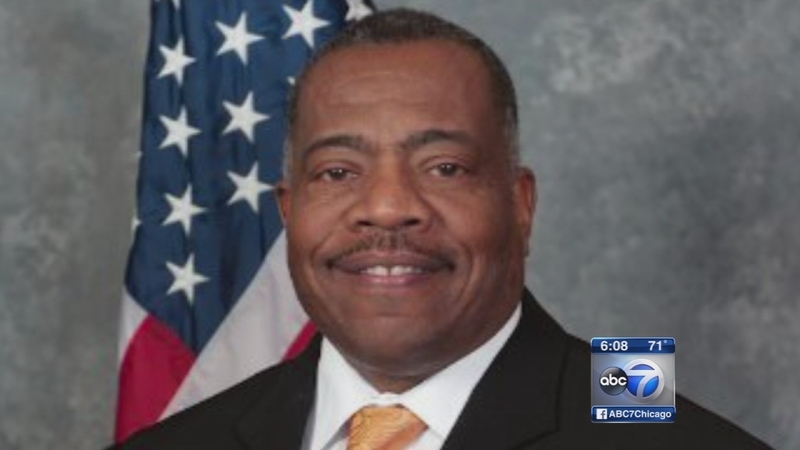 In police circles he's known as Downtown Ernie Brown. The 30-year Chicago police veteran now appears headed for the top homeland security post in Cook County. Ernest Brown had most recently been the police chief of southwest suburban Darien. Monday night he handed in his surprise resignation without saying where he was going.

The county homeland security position, rich with prestige and equipment, was vacated by its first director Michael Masters last week.

The I-Team has been told by several sources familiar with the situation that Brown will be tapped to run the county department.

Monday night the 62-year old said only that he was entering a "new chapter" in his life and Tuesday referred the I-Team to county officials who declined to confirm.

However, an announcement is expected soon from Cook County President Toni Preckwinkle, naming Brown as her new homeland security chief.

He is a former Chicago police deputy superintendent, who rose through the ranks of the CPD. However, he left a trail of public complaints, harassment and civil rights cases that resulted in concerns voiced by some Darien residents when he was hired there in 2011. Brown has reportedly been rejected for chief's positions in other cities recently because of those controversial elements of his job history.

Even though the position doesn't require Cook County Board approval, the board does meet tomorrow and President Preckwinkle will be announcing various appointments she is making. The outgoing homeland security director, Mike Masters, is joining a private sector security company. Some other names have been mentioned as possible replacements for Masters, but with Brown's resignation sources now say he is headed soon to Cook County.

While Brown and Darien's Mayor Kathleen Weaver declined to comment on the resignation or the Cook County job, following the I-Team's report, Darien city administrator Bryon Vana responded in support of Brown's tenure as police chief.

Vana says that the "trail of public complaints, harassment and civil rights cases" we cited were never sustained.

"Chief Brown left a trail of recognition as a U.S. Air Force Veteran, an advocate for victims of domestic violence, an excellent leader in the Chicago Police Department," Vana said. The city administrator said that Brown "established heroism and innovation in the field of law enforcement, modernizing the Darien Police Department's policies and procedures, and prepared the City of Darien's police force for future years."