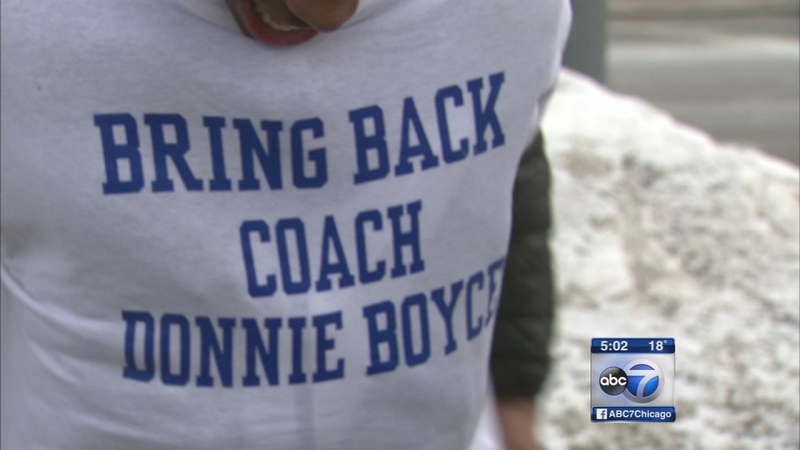 After Coach Donnie Boyce was fired last week, the boys' varsity basketball team wanted to do something to support him. The players considered skipping a game, but knew that wasn't a good idea.

They thought t-shirts would be a safe way to express themselves. No profanity, no negativity, just words of support: "Bring Back Coach Donnie Boyce."

Proviso East basketball players wore these T-shirts before last Friday night's game. It was their way of protesting the school board's decision to fire Boyce.

"This is the best way that we felt we can express our feelings about how we felt about our coach, so we decided as a team to come up with these t-shirts," said Raishon Alexander.

The team thought nothing of it until the next night, when players say the Proviso East athletic director warned them to never wear the shirts again before a game.

"He came to the locker room and told us that we can't wear these shirts or there is going to be a problem and we're going to have to face consequences," Alexander said.

Players say the athletic director threatened to suspend the kids from the next game and fire the coaching staff.

"I do think that what happened to the basketball players is a violation of their First Amendment rights," said Stephon Smith, attorney.

"They are 16, 17-year-old kids. They should not be put in a situation where they got to make a decision, should I play or support my coach," Jones said.

Donnie Boyce was fired last week after a December incident in the school cafeteria. While working as a security guard, Boyce was trying to break up a fight between junior Nikerrah Walker and another student. Boyce is seen on tape with his hands around Walker's neck.

"Never was trying to have a malicious intent towards the young lady, tried to defuse the situation several times," Boyce said.

The popular Boyce is a former Proviso East basketball star that played in the NBA, but for these players, Boyce was much more.

"Coach Boyce is not just a coach. A lot of kids in this community on the basketball team look at him as a father figure as well," said Joshua Smith, a basketball player.

Players say in his three years as coach, Boyce's record was 92 wins and 13 losses. The players say Boyce helped several students get athletic scholarships to college. While players say a suspension may have been a warranted, they believe firing Boyce was too harsh.

ABC7 reached out to the school board regarding the t-shirts, but as it is a holiday, did not get a response. 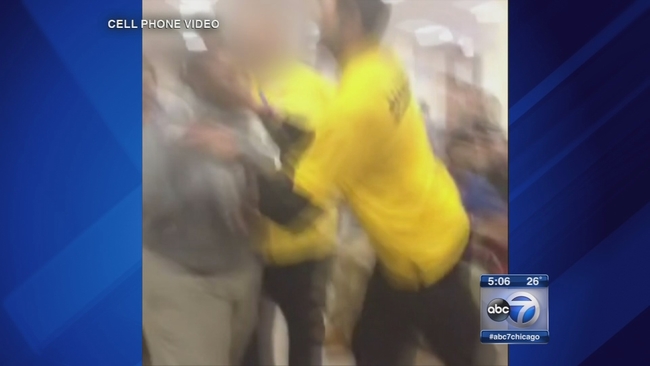