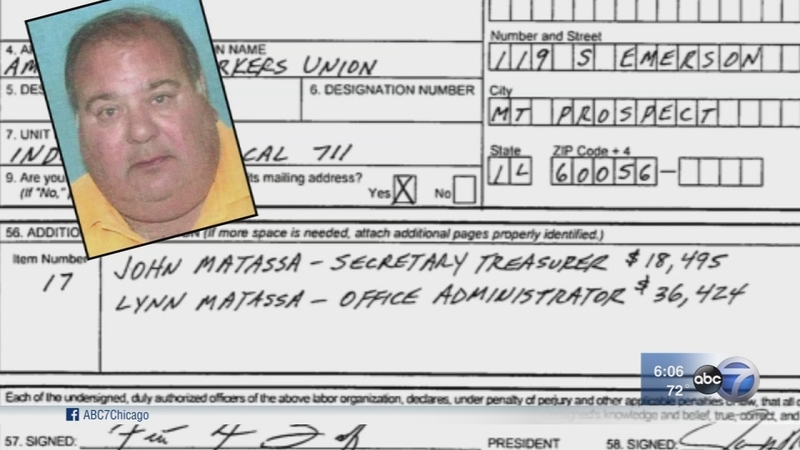 CHICAGO (WLS) -- A suburban man known as "Pudgy" in Outfit circles tried to get fat off the government, according to charges he will be arraigned on this week in federal court.

John A. Matassa Jr., secretary-treasurer of the Independent Union of Amalgamated Workers Local 711 in 2013, allegedly put his wife on the union payroll in a no-show job. Matassa is a made member of the Chicago mob, according to federal investigators and testimony in several federal cases.

The Arlington Heights resident used his wife Lynn's bogus union position so he could apply for early retirement benefits from the Social Security Administration, authorities charge. The SSA Old-Age Insurance program listed his reduced salary which enabled him to qualify for those benefits, the indictment alleges.

A federal grand jury also accuses Matassa, 65, of personally signing his wife's paychecks from the union and having them deposited into the couple's bank account.

He will be arraigned Thursday on two counts of wire fraud, two counts of theft of government funds, four counts of embezzlement from a labor organization and two counts of making false entries in union records. 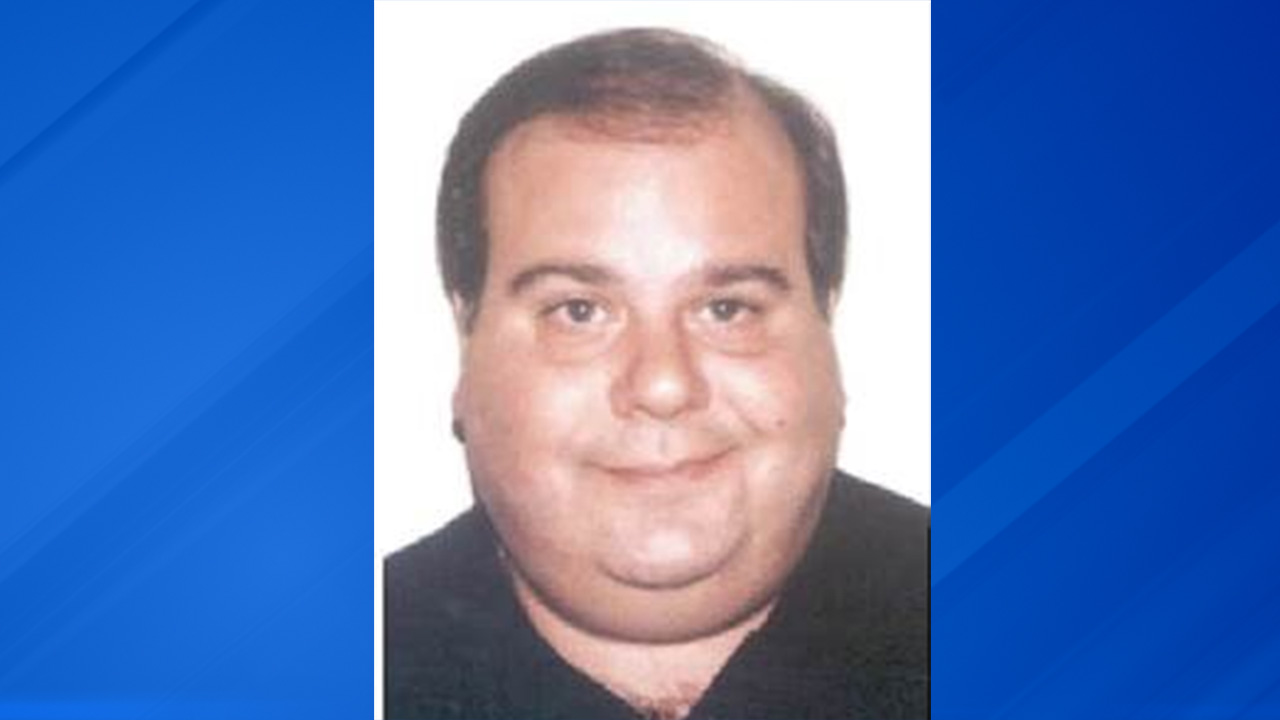 "Pudgy" as he is known, in respect for his rotund silhouette, was thrown out as president of the Laborers Union Chicago local nearly 20 years ago after authorities determined he had deep ties to the mob. The current case involves his position as an official of the Independent Union of Amalgamated Workers Local 711.

Mobologists currently list Matassa in a high-ranking leadership position in the Outfit, largely by default as many top hoodlums are either dead, mentally infirmed or behind bars.

His name surfaced during the 2009 trial of deputy U.S. marshal John Ambrose, who was convicted of leaking sensitive information destined for the Outfit. The leak, said to be the first time a protected witness was ever compromised by a marshal, involved Outfit snitch Nicholas Calabrese.

It was Calabrese' testimony that led to the convictions of numerous mobsters in the government's Operation Family Secrets murder case. Matassa allegedly worked as a conduit for information that wound its way to then-imprisoned Chicago mob boss James "Little Jimmy" Marcello. Calabrese was never harmed and deputy Ambrose was convicted.