He is identified as Don W. Lannin, 32, of Griffith, by the Lake County Coroner.

Police carrying out a well-being check at a home in the 1000-block of North Jay Avenue around 1:30 a.m. saw Lannin and two hostages, a man and woman. The hostages were released after a 30 to 40 minute standoff. That is when police learned the woman's daughter, 6, was also inside the home.

Negotiations continued for hours. Around 8:30 a.m., the Northwest Regional SWAT team breached the front door. First, a remote-controlled robot with a camera was sent in. A SWAT team followed. The girl was located inside a bedroom. Wrapped in a purple blanket, she was brought out of the home around 8:45 a.m.

The offender was found dead in the basement with a self-inflicted gunshot wound.

"They tried, for hours and hours, to break through with him. At some points, it was a very hostile conversation. Other times, he was willing to come out and give up. But obviously those efforts failed. A family lost a loved one today," Griffith Police Chief Greg Mace said.

Officials have not said how the offender knew the hostages, but he may have had a past relationship with the woman. Authorities said the standoff may have been motivated by a domestic situation.

Police from several nearby communities responded. 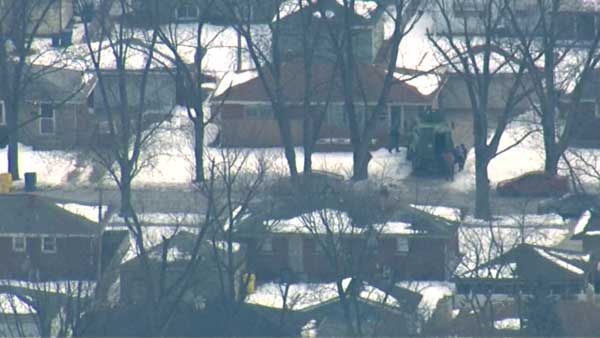 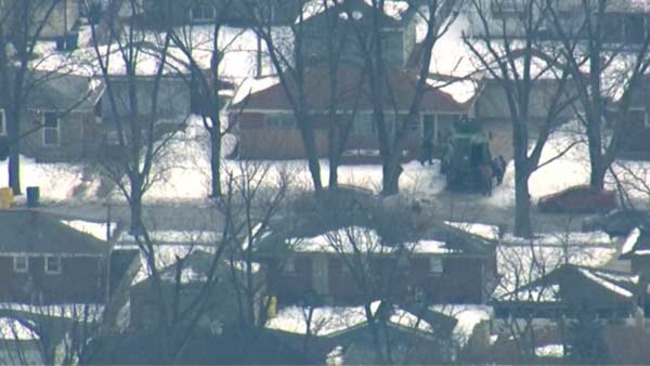