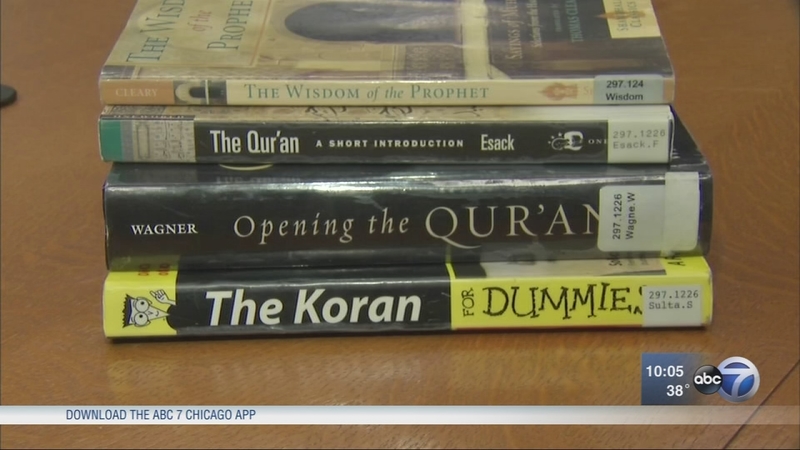 EVANSTON, Ill. (WLS) -- Evanston police are trying to figure out who wrote derogatory remarks and images on seven books at Evanston Public Library.

The handwritten messages about Islam were discovered Monday while the books were being pulled for a scheduled discussion about the Quran, part of Evanston Library's Middle East lecture series.

Police said the books are being sent to an evidence technician and whoever wrote those messages could be charged with criminal damage to property.

One of the lecture speakers, Yale University Professor Zareena Grewal, said the discovery added power to the discussion.

"I think it immediately troubled the audience, but it also made them alert to what I was saying. And it made the stakes in my topic, which was about tolerance and the Quran and the political moment, I think they were that much more in tune with what I was saying," said Grewal.

Since the presidential election there have been hundreds of reports of harassment nationwide directed against ethnic and religious minorities.

One of the defaced books was written by conservative commentator Glenn Beck, who in the final weeks of the campaign publicly endorsed president-elect Donald Trump.

"We suspect given the timing of our discovery and the fact that we had a program last night that it was in anticipation of just this, what we would be displaying books, and we would discover these hateful phrases," Lyons said.