Audio of the 911 calls his family made was released Tuesday night.

Caller: "He took a knife, he's got glass. He (inaudible) me, hitting me on my head, pulling all my braids out of my head."

Trevon Johnson's sister called 911 around 12 a.m. Monday, asking them to send police quickly because her brother was beating her and had a knife.

DuPage County sheriff's deputies responded to the townhouse on Standish Lane in unincorporated Villa Park for a possible case of domestic violence.

Other relatives inside the home also called 911, saying Johnson had threatened several family members. Johnson's brother was on the line when the 17-year-old was shot and killed by a deputy. Yelling, screaming and crying was heard in background.

Operator: "Sir are you there?"

The Dupage County Sheriff's Office said there was some kind of altercation between Johnson and the deputy who shot him.

But an attorney for the Johnson family said the shooting was unjustified, he did not have mental issues, he wasn't armed and he was complying with deputies. 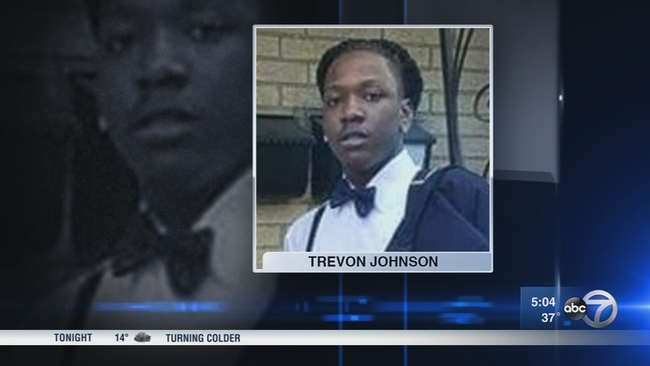