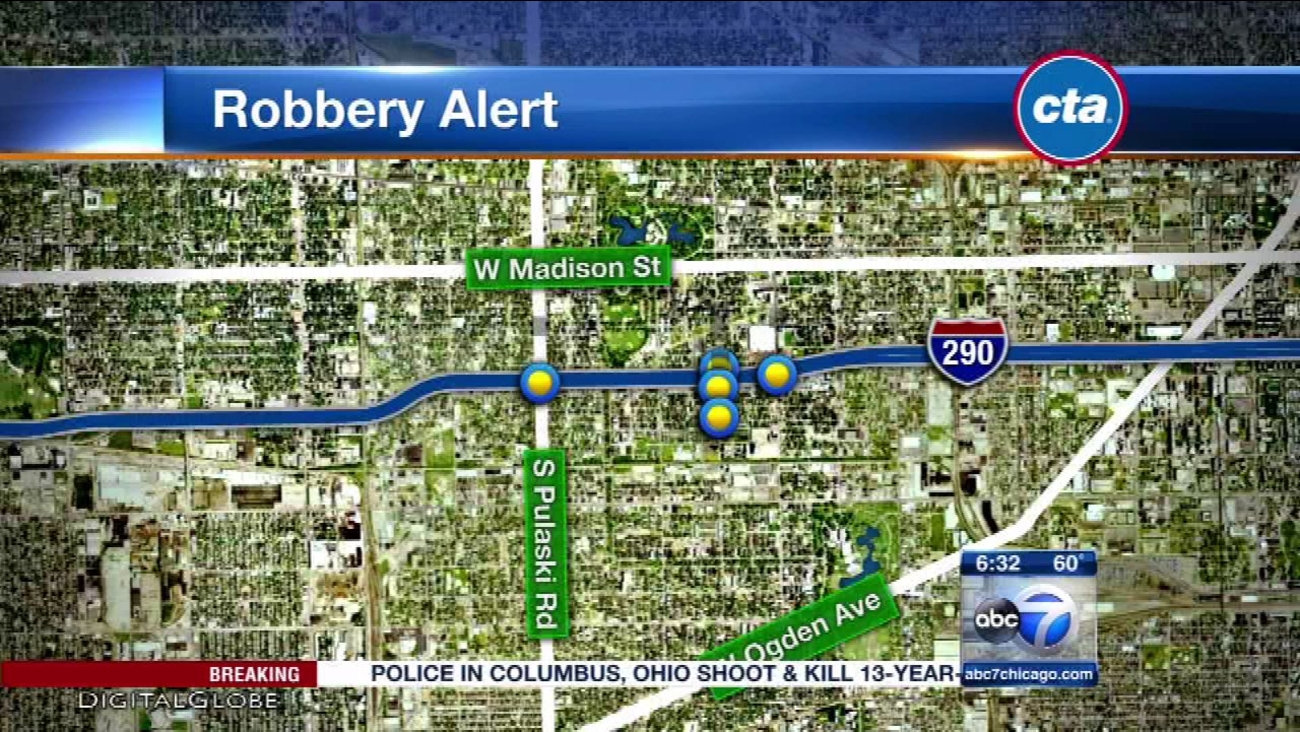 CHICAGO (WLS) -- Chicago police issued a warning for CTA Blue Line commuters about a series of robberies near West Side L stops.

There were five holdups at the end of August and the beginning of September, police said. Three of those incidents occurred on Homan Avenue.

In each case, four boys between the ages of 10 and 18 approached the victims, struck them and stole their property. One of the attacks happened on a train.

Here's a list of where and when the robberies occurred:

Police urge CTA riders to be aware of their surroundings, report suspicious activity, to remain calm if attacked and to never chase after their attacker.