WLS
By Leah Hope
CHICAGO (WLS) -- Drivers in Chicago are being warned about thieves targeting cars left running at gas stations. It comes after someone stole an FBI agent's car, with his weapons and tactical gear inside.

It can happen quickly. The owner of a West Loop gas station showed ABC7 video of the most recent theft.

"Not even a minute. You are talking about 30 seconds, not even that," said Suresh Loganathan.

That video is now part of an FBI investigation.

Monday morning, an FBI agent had his FBI-issued car and guns stolen. But it appears the vehicle was still on when the thieves seized on the the situation.

The case got a lot of attention, but the gas station owner said there were two other incidents in the last four months in which the motorist left the car running and thieves took off in the cars.

"Everything happened too fast, in the blink of an eye, that's it," Loganathan said.

"Don't leave your car running with the keys in it. A lot of these are crimes of opportunity. If you don't give them that opportunity, then there won't be a crime," said Chicago Police Superintendent Eddie Johnson.

"I keep my key in my hand or I put it in my pocket," said motorist Carrie Westbrooks.

It is not only a security issue, it can also be a safety issue. The American Petroleum Institute says to turn off the vehicle when fueling as fumes can be flammable

"Things happen and cars catch on fire, stuff like that, so I do it for safety reasons, but definitely people can steal cars," said Nathan Paul.

Jillian Garza does a complete check at the pump.

"Go ahead and get out the car, lock the door, make sure you have the keys with you, make sure you know everybody who is around you and the area," she said.

On Tuesday, Garza was going to use a car vacuum at another station, but noticed someone approaching her. So with her keys in hand, she drove to another spot.
Report a correction or typo
Related topics:
chicagonear west sidechicago crimefbistolen car
Copyright © 2020 WLS-TV. All Rights Reserved.
RELATED 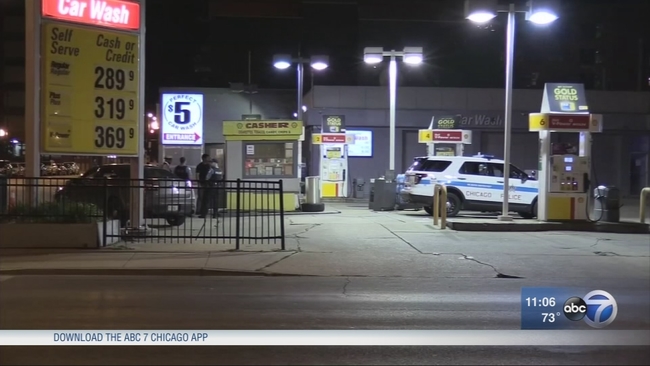