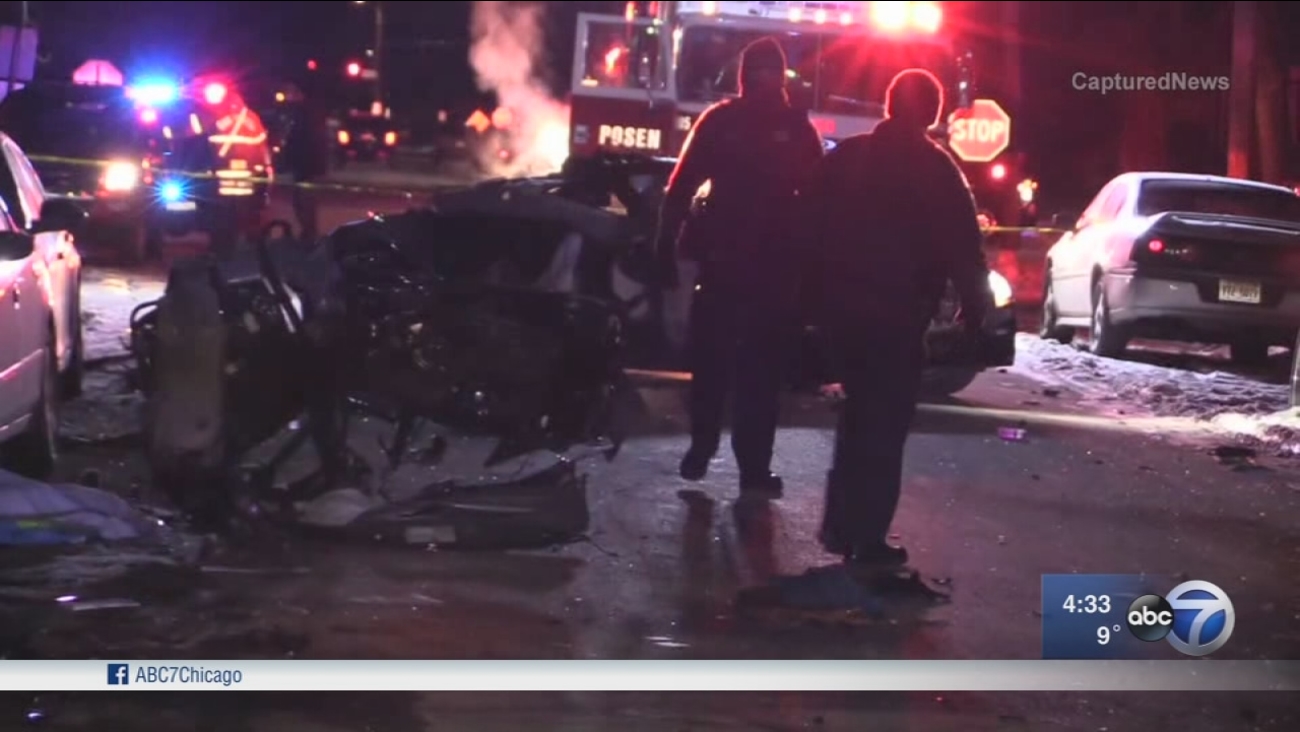 POSEN, Ill. (WLS) -- The third victim in a crash that left three dead and two injured has been identified as 29-year-old Tondalia Dubose of Minneapolis, according to the Medical Examiner.

Three women were killed and two people were critically injured early Thursday morning in a crash in south suburban Posen.

The Cook County Medical Examiner identified two of the victims Thursday as 26-year-old Jaquira Brown of the 6400-block of South Wood Street and 22-year-old Lanae Dinnett Riley of the 1800-block of South Paulina.

The male driver and fourth female passenger were taken in critical condition to Advocate Christ Medical Center for treatment.