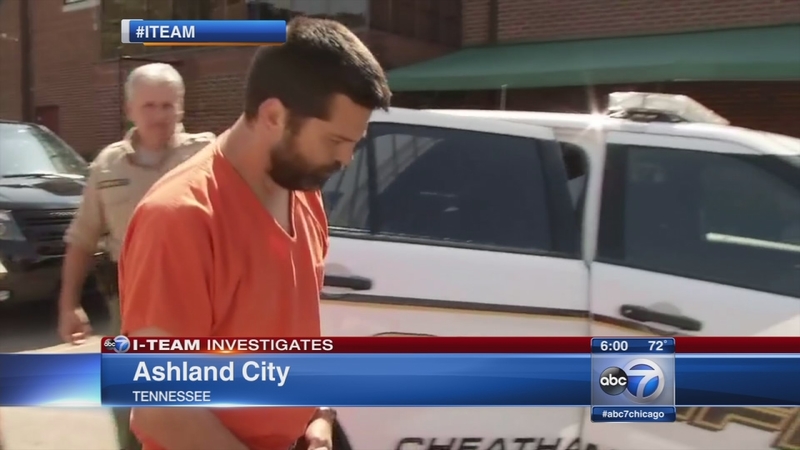 Toby Willis, the father of a famed reality TV show family, is accused of raping a relative who was a child at the time of the alleged assault, the I-Team has learned.

The relative was between nine and 12 years old, authorities claim in Tennessee court paperwork, which the I-Team obtained Wednesday afternoon.

Willis, 46, and his wife, Brenda -- both natives of Chicago's South Side - became reality TV stars on "The Willis Family" show, with their band "The Willis Clan," composed of their 12 children.

Toby Willis was charged last week with child rape. He was arrested on Friday for the alleged crime that occurred at least 12 years ago.

The Tennessee Bureau of Investigations began looking into the child sex abuse case late last month, although the alleged crime began in 2002. That was just after the family moved from Chicago to the Nashville area before their band began to take off.

Prior to that, the Willis family name was associated the Illinois bribes-for-licenses scandal. Six of Toby Willis' siblings were killed in a fiery van crash 1994, struck by a chunk of metal from a truck. The driver of that truck had received his license by bribing Secretary of State employees working for Gov. George Ryan, who at the time was Illinois Secretary of State.

Willis being held without bond until his next court hearing on Tuesday.

Bill Speek, an attorney for Brenda Willis and the Willis children, released the following statement from Brenda Willis on Wednesday:

"I was shocked and devastated by the revelation of events leading to Toby Willis' arrest. As these are very trying times for the Willis family, I kindly ask all to respect our family's privacy. As a mother of twelve, my first priority remains with my children and helping them through this traumatic event.

"We are cancelling all appearances for the foreseeable future to focus on the children and their wellbeing. We apologize for any inconvenience this may cause.

"We have, and will continue, to fully cooperate with law enforcement officials and ask that you direct all inquires regarding Toby Willis' case to the District Attorney's office who have our complete support."

The Willis Clan has cancelled all appearances in the foreseeable future.