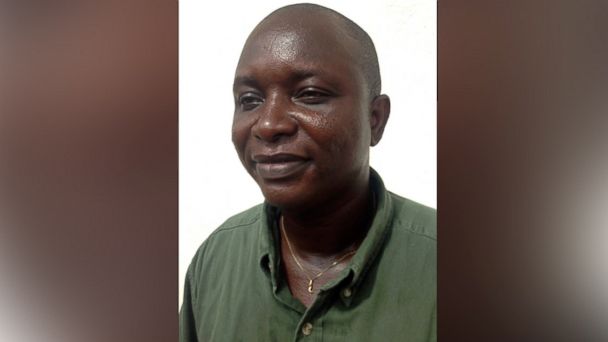 FREETOWN, Sierra Leone -- A leading doctor who risked his own life to treat dozens of Ebola patients died Tuesday from the disease, officials said, as a major regional airline announced it was suspending flights to the cities hardest hit by an outbreak that has killed more than 670 people.

Dr. Sheik Humarr Khan, who was praised as a national hero for treating the disease in Sierra Leone, was confirmed dead by health ministry officials there. He had been hospitalized in quarantine.

Health workers have been especially vulnerable to contracting Ebola, which is spread through bodily fluids such as saliva, sweat, blood and urine. Two American health workers are currently hospitalized with Ebola in neighboring Liberia.

The Ebola outbreak is the largest in history with deaths blamed on the disease not only in Sierra Leone and Liberia, but also Guinea and Nigeria. The disease has no vaccine and no specific treatment, with a fatality rate of at least 60 percent.

Binyah Kesselly, chairman of the Liberia Airport Authority board, said police are now present at the airport in Monrovia to enforce screening of passengers.

"So if you have a flight and you are not complying with the rules, we will not allow you to board," he said.

In a statement released Tuesday, airline ASKY said it was temporarily halting flights not only to Monrovia but also to Freetown, Sierra Leone. Flights will continue to the capital of the third major country where people have died - Guinea - though passengers departing from there will be "screened for signs of the virus."

Passengers at the airline's hub in Lome, Togo also will be screened by medical teams, it said.

"ASKY is determined to keep its passengers and staff safe during this unsettling time," the statement said.

The measures follow the death Friday of a 40-year-old American man of Liberian descent, who had taken several flights on ASKY, causing widespread fear at a time when the outbreak shows no signs of slowing in West Africa.

Patrick Sawyer, who worked for the West African nation's Finance Ministry, took an ASKY Airlines flight from Liberia to Ghana, then on to Togo and eventually to Nigeria where he was immediately taken into quarantine until his death.

His sister had died of Ebola though he maintained he had not had close physical contact with her when she was sick. At the time, Liberian authorities said they had not been requiring health checks of departing passengers in Monrovia.

The World Health Organization says the risk of travelers contracting Ebola is considered low because it requires direct contact with bodily fluids or secretions such as urine, blood, sweat or saliva, experts say. Ebola can't be spread like flu through casual contact or breathing in the same air.

Patients are contagious only once the disease has progressed to the point they show symptoms, according to the WHO. And the most vulnerable are health care workers and relatives who come in much closer contact with the sick.

Still, the early symptoms of Ebola - fever, aches and sore throat - mirror many other diseases including malaria and typhoid, experts say. Only in later stages of Ebola do patients sometimes experience severe internal bleeding and blood coming out of their mouth, eyes or ears.

At the Finance Ministry where Sawyer worked, officials announced they were temporarily shutting down operations. All employees who came into contact with Sawyer before he left for Nigeria were being placed under surveillance, it said.

In West Africa medical facilities are scarce and some affected communities have in panic attacked the international health workers trying to help them.

Despite the heightened precautions and reassurances from health workers, many Liberians said they were still fearful of contracting Ebola through casual contact.

Garmie Gayflor, a hotel waitress, said that poverty made Liberians especially vulnerable. The country was battered by back-to-back civil wars between 1989 and 2003.

"One does not have a car, and they say sweat from one affected person affects the others," she said. "We have six to seven persons riding in the back of a taxi or bus."