With more than 700 murders last year, Trump has called Chicago's violence "out of control."

Trump opened a "listening session" in Washington, D.C., by thanking the FOP for supporting him in the 2016 presidential election and for protecting the American public. The FOP endorsed Trump during his campaign partly because of his law and order agenda.

But then he dug right in and singled out Chicago, just like he did in January, when he tweeted that he would "send in the feds" if the "carnage" in the city did not stop.

"Last year in Chicago, 4,368 people were shot. Nearly 700 more have already been shot since January of this year, alone. I ask, what is going on in Chicago? What is going on? There is no excuse for it," Trump said.

With the fraternal order of police in the Oval Office - after a great listening session in the Roosevelt Room at the @WhiteHouse. pic.twitter.com/lIBJ5gOVOz

"It was comforting to hear their overwhelming support of law enforcement in general," Angelo said afterward.

Angelo said much of the conversation with the president centered on the men and women in uniform, and how they're perceived by the public.

"These are tough times for them. They're frustrated. And I wanted to make sure that I was able to communicate that," he said. "Some of our members are worried about losing their job for doing their job.

The White House meeting comes at a critical time for Chicago police. The city agreed to negotiate a consent decree, court-ordered guidelines to reform CPD. But that deal was made before Trump became president.

The new administration has been critical of such orders.

"I made a crucial pledge: We will always as the incredible men and women of law enforcement. I will always have your back 100 percent," Trump said.

Angelo said the consent decree was not discussed during the meeting, but other issues were including standards for hiring and retaining officers, and reporting requirements that the union said has led to a decline in traffic stops.

The FOP represents a number of big city police departments, and Angelo said during the meeting the national FOP president expressed concerns with the Trump administration's pledge to cut federal funding for sanctuary cities, including Chicago.

The Chicago Police Department was recently the focus of an investigation by the U.S. Department of Justice, which exposed a "pattern and practice of excessive force" within CPD and institutional racism.
Related topics:
chicagonear west sidewashington d.c.west loopdonald trumpexclusivechicago violenceunionsu.s. & worldchicago police department
Copyright © 2020 WLS-TV. All Rights Reserved.
RELATED 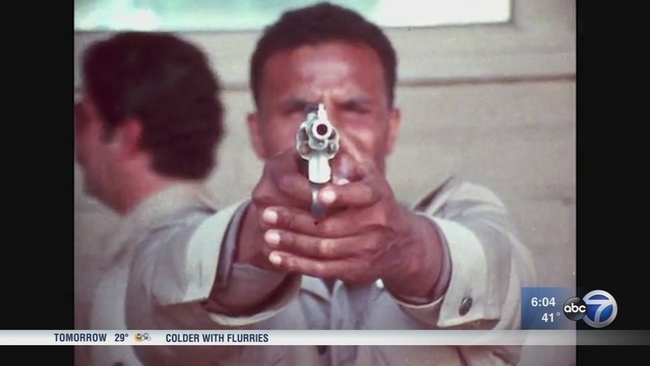 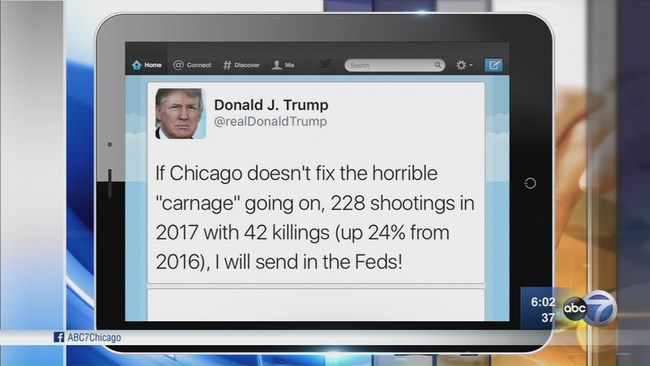