Trump, Putin both seek to boost their nuclear capability 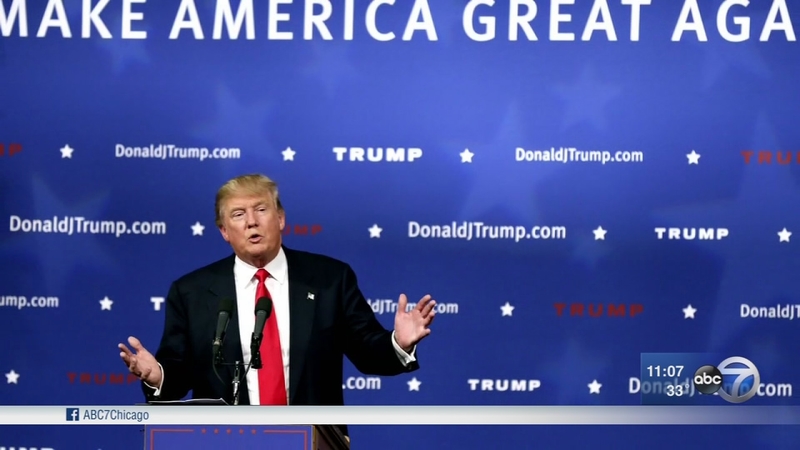 Trump, Putin both seek to boost their nuclear capability

President-elect Donald Trump signaled Thursday that he will look to "strengthen and expand" the US's nuclear capability hours after Russian President Vladimir Putin pledged to enhance his country's nuclear forces.

The exchange appeared to raise the prospect of a new arms race between the two nuclear superpowers, which between them boast more than 14,000 nuclear warheads, the still deadly legacy of their four-decades long Cold War standoff.

But the comments by Putin, who is presiding over a project to restore Russia's lost global power and influence, and Trump, who will shortly become the US commander-in-chief, did not spell out exactly what each side is proposing or whether a major change of nuclear doctrine is in the offing.

Trump weighed in with a tweet just hours after Putin spoke following a meeting with his military advisers to review the activity of the past year.

"The United States must greatly strengthen and expand its nuclear capability until such time as the world comes to its senses regarding nukes," Trump wrote.

On Friday, Putin downplayed the risk of a new nuclear arms race between Russia and the US and said there was "nothing new" in Trump's tweet.

"During his election campaign, (Trump) said US needs to bolster nuclear capabilities and armed forces in general and there is nothing new," Putin said at this annual news conference.

It was not immediately clear if the President-elect is proposing an entire new nuclear policy that he would begin to flesh out once he takes office next year.

Trump could also be referring to plans to modernize the current US nuclear arsenal that are currently underway and will cost hundreds of billions of dollars. The Obama administration has outlined a plan to modernize delivery systems, command and control systems and to refurbish warheads in the US nuclear triad -- the US force of sea, airborne and missile delivered nuclear weapons.

But the plan keeps the size of the nuclear force at existing levels.

Trump's tweet appeared to envisage an expansion of the size of the US nuclear force, but it was not immediately clear if that is the case.

He suggested Trump was "referring to the threat of nuclear proliferation and the critical need to prevent it," although that was not referenced in the tweet. He also said Trump was emphasizing the need to "modernize our deterrent capability."

In Moscow earlier Tuesday, Putin said in a defense speech that Russia needs to "enhance the combat capability of strategic nuclear forces, primarily by strengthening missile complexes that will be guaranteed to penetrate existing and future missile defense systems."

Putin's remarks appeared to suggest that he was talking about new weapons systems that could overcome US missile defenses, a development that could force the US to respond. It was not clear, however, if he was contemplating an expansion in the total numbers of Russian weapons or of the stocks of those arms that are deployed.

Trump and Putin have suggested Trump's inauguration next month will ring in closer relations after the two sides retreated to their most entrenched positions since the end of the Cold War.

The ambiguity and timing of Putin's remarks also suggested that he may be laying an opening gambit in his relationship with the new US President-elect.

The Russian President is seeking to return Russia to the front ranks of global influence, a project that is key to his domestic political survival and often involves actively seeking to undermine US power.

His power plays in Ukraine and in Syria and military maneuvers close to the borders of former Warsaw Pact states have alarmed Western leaders and stoked tensions in Europe.

And while Russia's economic and conventional military strength pales beside that of the US, its nuclear arsenal remains the root of its power and prestige.

It is also unlikely to be a coincidence that Putin's remarks came three days before the 25th anniversary of the fall of the Soviet Union, a collapse he views as a disaster of history.

Trump, who sees foreign policy through the eyes of an ultimate deal maker, may have felt the need to respond to Putin's remarks. He did so a day after meeting with his incoming military officials at his Mar-a-Lago resort in Florida. CNN's Barbara Starr reported that the talks included discussion of plans to modernize the US nuclear arsenal.

The President-elect's choice of Twitter to make such an important and sensitive statement was characteristic of his operating style.

But it underlined how the shorthanded communication of policy by social media is imprecise and open to multiple interpretations that are already posing problems for foreign governments as they seek to divine Trump's true intentions.

Still, the suggestion that he could preside over a new nuclear arms race will spook critics who argued he showed himself unfamiliar with basic nuclear doctrine during the campaign.

Democratic nominee Hillary Clinton had argued that it would be a mistake to hand the US nuclear codes over to a man who could be "baited with a tweet."

The President-elect also caused consternation in Asia by suggesting that Japan and South Korea who are protected under the US nuclear umbrella might think about developing their own weapons, a move that could unleash a new global nuclear arms race.

Trump's comment on Twitter also strikes a sharp contrast with the early months of the administration of President Barack Obama, who committed himself to the symbolic goal of a world without nuclear weapons -- an act that helped him win the Nobel Peace Prize.

Obama also concluded a new Strategic Arms Limitation Treaty (START) with Putin's predecessor as Russian President, Dmitry Medvedev. The treaty imposed new limits on the numbers of launchers and warheads each side have deployed.

During the campaign, Trump argued that the US needs to modernize its aging nuclear infrastructure.

"Our nuclear program has fallen way behind, and they've gone wild with their nuclear program. Not good. Our government shouldn't have allowed that to happen," Trump said during his second debate in October against Clinton. "We are old. We're tired. We're exhausted in terms of nuclear. A very bad thing."

America's nuclear submarines are all more than 30 years old and its most dominant long-range bomber remains the 60-year-old B-52s. The Pentagon has also called for upgrading the US arsenal of ICBMs, or intercontinental ballistic missiles.

The Pentagon has estimated that it will need to spend as much as $18 billion per year over the next 15 years -- for a total of $270 billion -- to modernize the nuclear triad.

The United States has 7,100 nuclear warheads while Russia has 7,300, according to the non-partisan Arms Control Association.

The US has 1,367 warheads deployed on inter-continental ballistic missiles, heavy bombers and on submarines, the State Department said in September. Russia has 1,796 in the same category.

Russia's inventory of deployed warheads has risen in number owing to fluctuations in Moscow's modernization program and is not seen as a strategic worry by the US military. The United States currently has fewer total weapons, including those in reserve, than Russia because it has dismantled more obsolete devices.