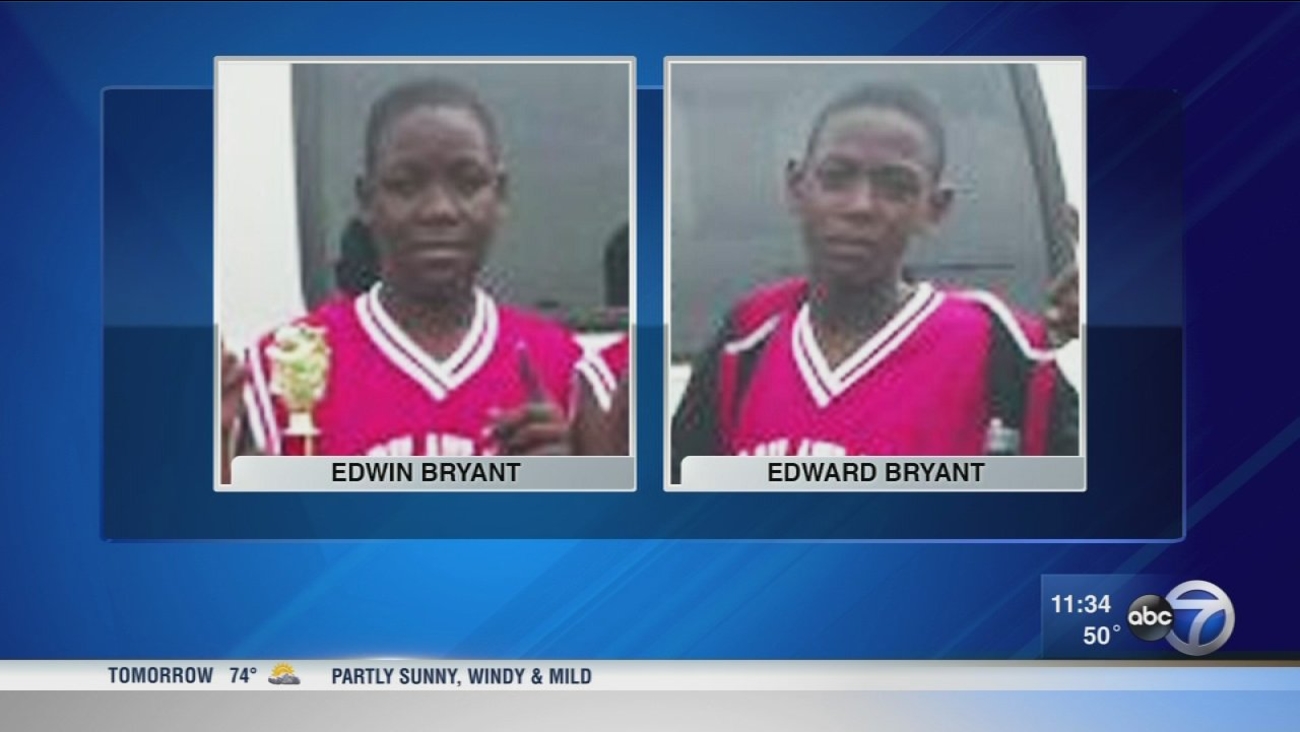 Edward and Edwin Bryant, both 17, were standing in the 1300-block of North Hudson Avenue around 3:15 a.m. when police said a dark vehicle drove by and someone inside the vehicle opened fire.

The shooting remains under investigation. No one is in custody.

The fraternal twins were juniors at Marshall High School in the East Garfield Park neighborhood on the West Side after transferring from Lincoln Park High School as freshmen, according to Edward's youth basketball coach.

Standing 6-foot-5, Edward played forward and could dunk, Carter said. He "had a Kevin Durant look...and had been coming into his own in the last few years." He probably would have played college basketball, and Division I college teams "were looking at him."

"He played hard," Carter said. "He loved basketball ... but you had to push him to realize his potential."

The brothers were two of four teenagers shot dead in Chicago since early Saturday.