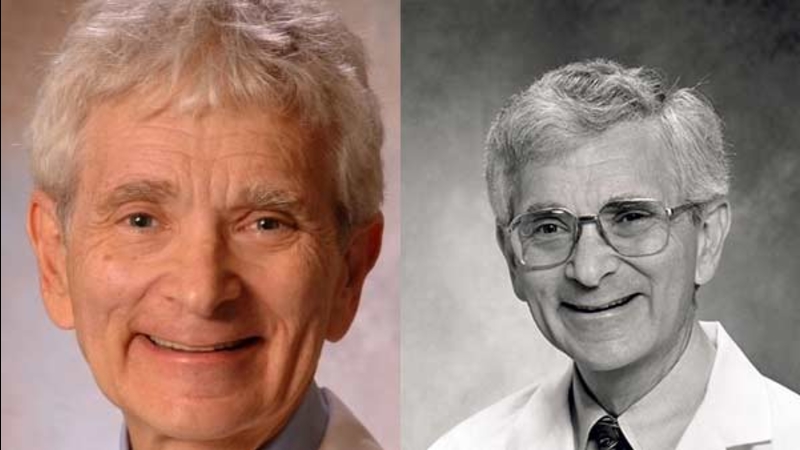 CHICAGO (WLS) -- A University of Chicago professor of medicine was struck and killed while jogging on the city's South Side Wednesday morning.

Dr. Gary Toback, 74, was doing what he did nearly every morning for 30 years - going for a run around his Jackson Park neighborhood - when his life was cut short by a speeding vehicle.

"My dad touched a lot of people's lives in a positive way. People seem to remember. Even if he doesn't say anything he has such a big impact with his presence. I'm going to miss him," Jonathan Toback said.

Police said Toback was struck as he tried to enter the crosswalk at 67th Street near Jeffrey just after 6:30 a.m. Wednesday. Police said a 40-year-old woman driving a Jeep failed to stop, hitting him. The SUV overturned with her and her 2-year-old child inside. They were unharmed, but Toback was killed.

"I hate that this happened. But I thought this is going to happen to somebody. It's dangerous," neighbor Erin Adams said.

Toback was a professor at the University of Chicago's School of Medicine. He specialized in kidney disease and was known for conducting world-renowned research in that area. He was recruited into the university by Dr. Marshall Lindheimer 30 years ago.

"A colleague of mine from Harvard said, 'We would never offer somebody right out of training such a good package. I told Harvard they don't know to recruit,'" Lindheimer said.

A father of three and a grandfather of seven, Toback had been married 52 years. He was also deeply committed to his Jewish faith.

"What a mensch. A really good person. Cared deeply about his patients. When he talked about the poor patients of Chicago he would always treat, there was always a lot of passion," said Rabbi Yossi Brackman, Rohr Chabad Center.

The University of Chicago issued a statement on Toback's death that said: "We have lost an institutional leader who represented the University of Chicago's values and aspirations. Dr. Gary Toback was a professor in the Department of Medicine who joined our faculty in 1974, served as interim nephrology chief from 2009 to 2015, and conducted world-renowned research on renal growth factors. He was a treasured colleague, friend, mentor, leader and physician."

The Major Accidents Investigation Unit is looking into how the crash unfolded. Neighbors said the peaceful area is heavily traveled, especially by cyclists and joggers.

"It's very busy. It's a main street, older residents, people coming to work, leaving every morning going to work. It's very busy," said Tonya Bibbs, who works in the neighborhood.

The driver of the SUV received a citation for failure to yield to a pedestrian in the roadway and is expected to appear in traffic court on August 18.