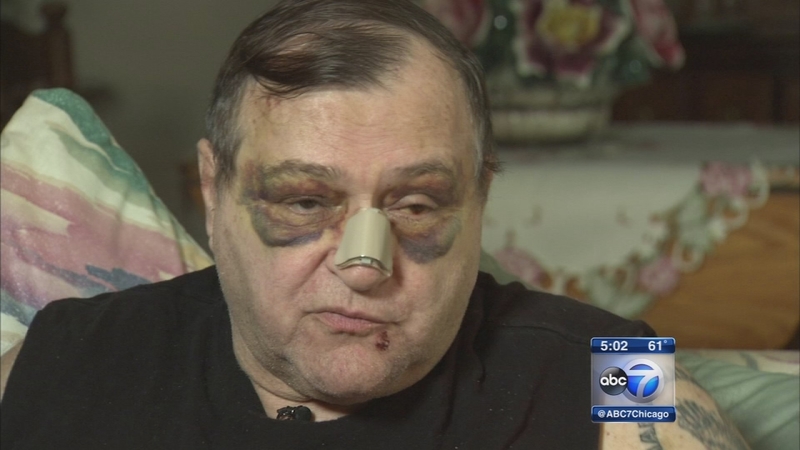 Veteran beaten after argument with driver

PALOS HILL, Ill. (WLS) -- Richard Jones was an Army sergeant in the Vietnam War and a Chicago cop who patrolled the Englewood neighborhood.

But now, he's a senior citizen living in suburban Palos Hills who was left with two black eyes, broken nose and bruises after he said he simply asked a speeding driver to slow down.

Last week, he and his wife were driving into their subdivision when a car sped past them - far exceeding the 10 mph speed limit. He approached the driver.

"I said, 'Hey, the speed limit in here is 10 mph," said Jones, 66, said. "There are children who play by the entrance of that courtyard."

Words were exchanged and then Jones said he was attacked.

"I wanted to kick him in his face, but I did not want to start anything, so I turned," Jones said. "When I turned, he nailed me."

Jones said he thinks he was temporarily unconscious and remembers being on the ground trying to block the attacker from hitting him in the face.

I've never seen my husband like that," said his wife, Alice M. Jones. "And he's been through war."

There was no answer at Seno's home. He is due in court next month.

"The beating was just ridiculous," said Jones' son, Jeff Sorrentino. "Who jumps on top of a 66 year old and just keeps pounding on them? There is definitely something wrong with this person."

Jones has an order of protection against Seno.