WLS
NEW LENOX, Ill. (WLS) -- Of the five monuments paying tribute to each branch of the military at a veterans memorial in New Lenox, only one was left standing after vandals struck over the weekend.

Two of the granite slabs that were knocked over broke into pieces. The estimated cost to replace each monument is $3,000-$5,000. The cost to replace all four monuments could be tens of thousands of dollars. 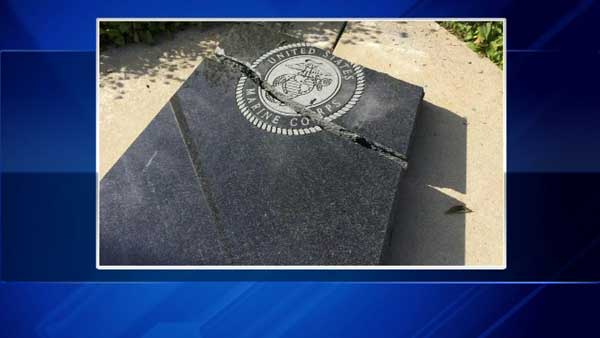 Veterans memorial vandalized in New Lenox
Vandals severely damaged a war memorial in the heart of a southwest suburban New Lenox over the weekend.

New Lenox Mayor Tim Baldermann said it's a cost the village will bear.

"Oh absolutely, without question. We're going to get it fixed regardless of the cost. The people that we remember there - the people that served - they deserve nothing less," Baldermann said.

Anthony Stubblefield, an Army veteran, was incensed by the vandalism. In response, he lined the perimeter of the memorial at 1 Veterans Parkway in the southwest suburb with American flags Tuesday morning. He usually reserves the flags for his own yard on the Fourth of July.

"It really just makes me mad. I want to show the people that did this that veterans are resilient. We're not going to take this. We will rebuild and overcome, and make something bigger and better," Stubblefield said.

"It brought tears to my eyes," Paveza said. "It was very sad because we consider this to be a very sacred place."

The VFW is taking donations to help restore the memorial at the BMO Harris Bank in New Lenox. Donors should label donations with "Attn: Veterans Memorial Fund."

The memorial will be rededicated once the monuments have been rebuilt.

The memorial stones are exceptionally heavy and were secured to the ground with steel rods. It would have taken considerable force to topple them. Authorities said the vandals may have used bikes or four-wheelers to knock them down.

Police are looking for those responsible and are processing clear fingerprints left at the scene.
Related topics:
new lenoxveteransvandalismmilitarymemorial
Copyright © 2020 WLS-TV. All Rights Reserved.
RELATED 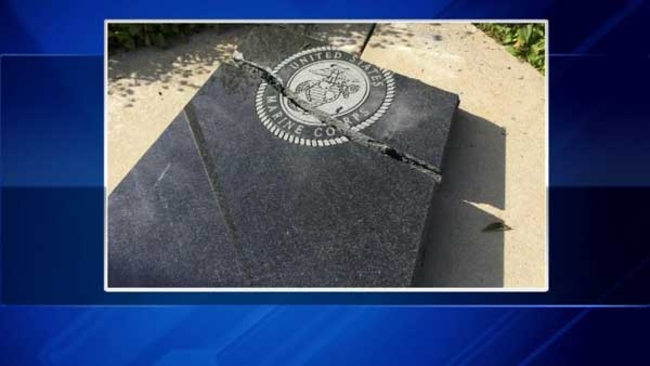