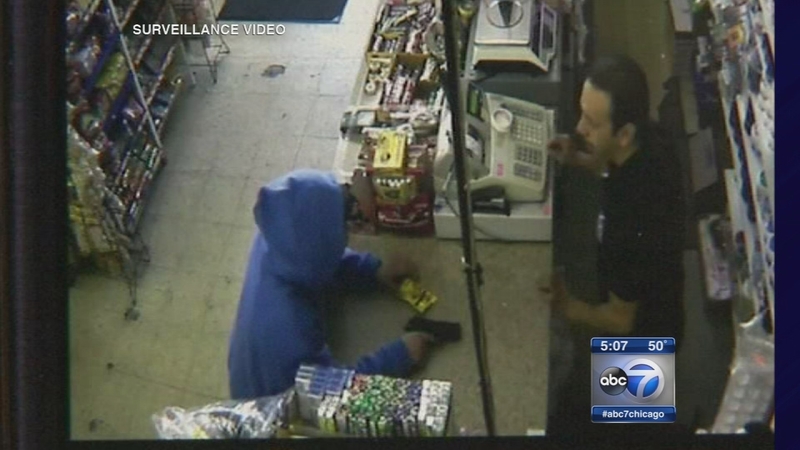 At the Nuevo Mexico grocery Saturday morning, a 16-year-old pulled a gun on a store clerk to rob the store, but the clerk turned the tables.

Surveillance cameras captured the 16 year old, wearing a hoodie as he approached the counter with an item from the store.

When the clerk arrives, the juvenile then pulls out an air soft gun.

The clerk then reaches behind the counter and pulls out his own gun. The teen then runs out of the store as did another 16-year old who was with him.

The clerk fired shots after them, but no one was hurt.

"People are going to get killed as a result of crimes with air soft guns and they're not going be the victims, they're going to be the offenders," Kushner said.

Des Plaines police, who recognized the 16-year old from the surveillance video, tracked down the offender and his accomplice.

Police said the pair confessed to two other armed robberies that occurred earlier in the week, as well as robberies at businesses in Morton Grove, Kildeer and unincorporated Lake County.

"We had tremendous cooperation from people in the neighborhood who came out as witnesses and said hey, I saw this guy ducking behind the garbage can before he jumped in the car and I saw them before they went into the store," Kushner said.

The two 16 year olds will be charged in six armed robberies, three in Des Plaines and three in other jurisdictions. Police said one of the offenders has been involved in gang activity in the past.