Vigil held for boy, 16, fatally shot on South Side

WLS
CHICAGO (WLS) -- The family of a 16-year-old boy fatally shot on Chicago's South Side is asking people to come forward to help find his killer.

Andre Taylor's friends held a vigil Monday night outside Julian High School, where he played several sports, including football and basketball. Classmates said Andre was a model student and friend.

"He was very - he was playful. He had an outstanding personality. He was a good person," said Kaylin McKinney, a friend.

Taylor was killed Sunday night near his home in the city's Rosemoor neighborhood. Surveillance video shows him walking home just before he was shot.

Police found Taylor lying in the front yard of a home in the 10000-block of South Indiana Avenue around 7:50 p.m. The Cook County medical examiner's office said he had been shot in the head and was pronounced dead at the scene at 8:45 p.m.

Taylor's relatives said he had been living with his grandfather since his mother died several years ago.
Related topics:
roselandchicago shootingchicago crime
Copyright © 2020 WLS-TV. All Rights Reserved.
RELATED 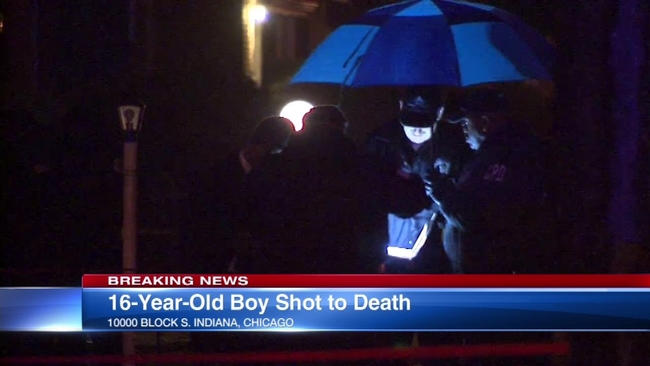