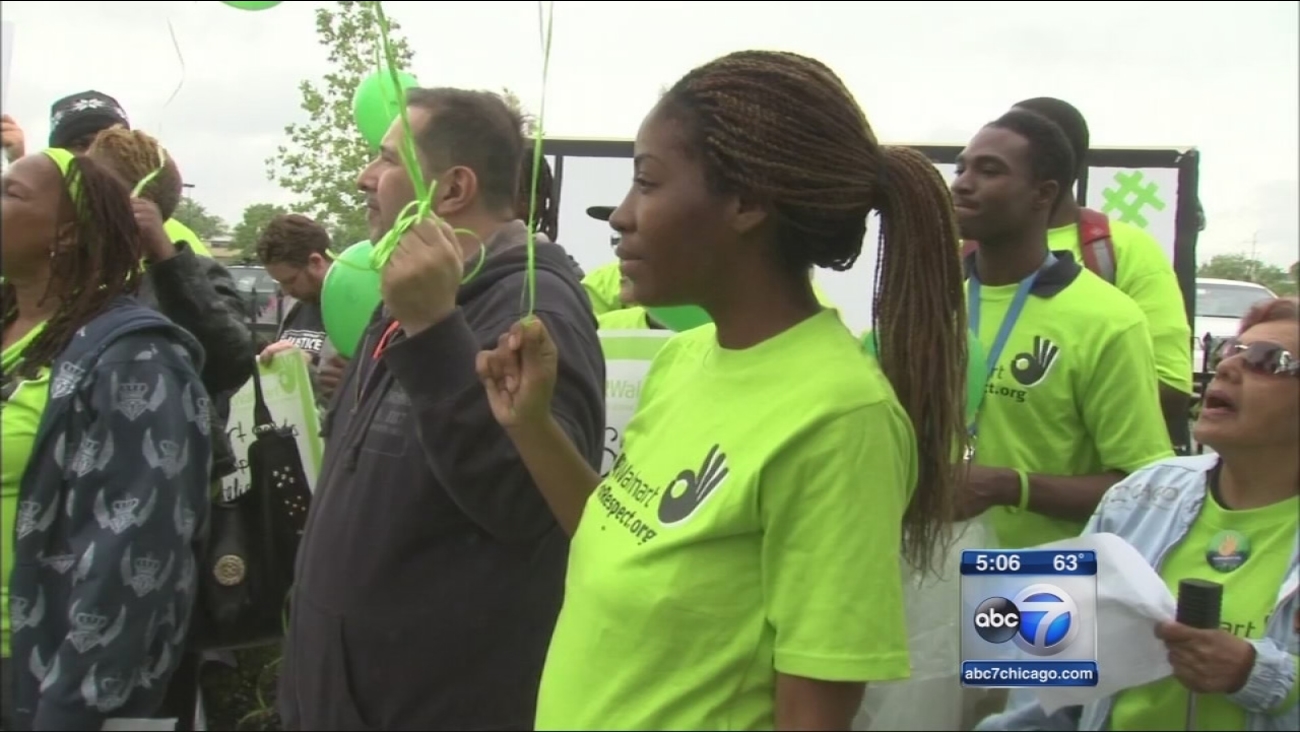 A woman who said she was unfairly fired from Walmart was part of a group protesting the retail giant's low wages. (WLS)

CHICAGO (WLS) -- A woman who said she was unfairly fired from Walmart is also protesting the retail giant's low wages.

Thelma Moore, who said she was hurt during a personal shopping trip to the Walmart store in Chatham, may take the retail giant to court. Moore, who said she was unfairly fired joined other employees and union organizers a protest at the Chatham store on Wednesday. The protest was one of 20 across the nation demanding higher wages for workers.

"I started out at 8.75 an hour and they give us a raise of like 40 cents a year. This year I exceeded everything so I got 50 cents," Charmaine Givens-Thomas said.

Protesters want Walmart to pay associates at least $25,000 a year.

Some people, like Linda Halusa, plan to protest at the shareholder meeting on Friday in Arkansas.

"I've been there going on nine years and at that point I'm at 28,000. There (are) a lot of workers that don't get anywhere near that," Linda Haluska, Walmart employee, said.

Four months pregnant, Moore had been employed at Walmart for only two weeks when she said she was hit by two falling TV boxes while shopping at the Chatham store on her day off. She says she was unjustly fired last week for not returning to work even after her doctor told her not to.

"If the doctor puts in black and white for me to stay at home and be elevated, I have to listen to what my doctor said," Moore said.

A Walmart spokesperson said Moore did not show the proper paperwork or return to work.

The spokesperson did not address the wage issue, but the company issued a statement that said, in part, "We are proud of the unparalleled career opportunities for associates at Walmart. Walmart listens to its associates every day to meet their needs, help them develop professionally, and build better lives."