WLS
CHICAGO (WLS) -- Crews are investigating the cause of an apartment building collapse on Chicago's South Side. 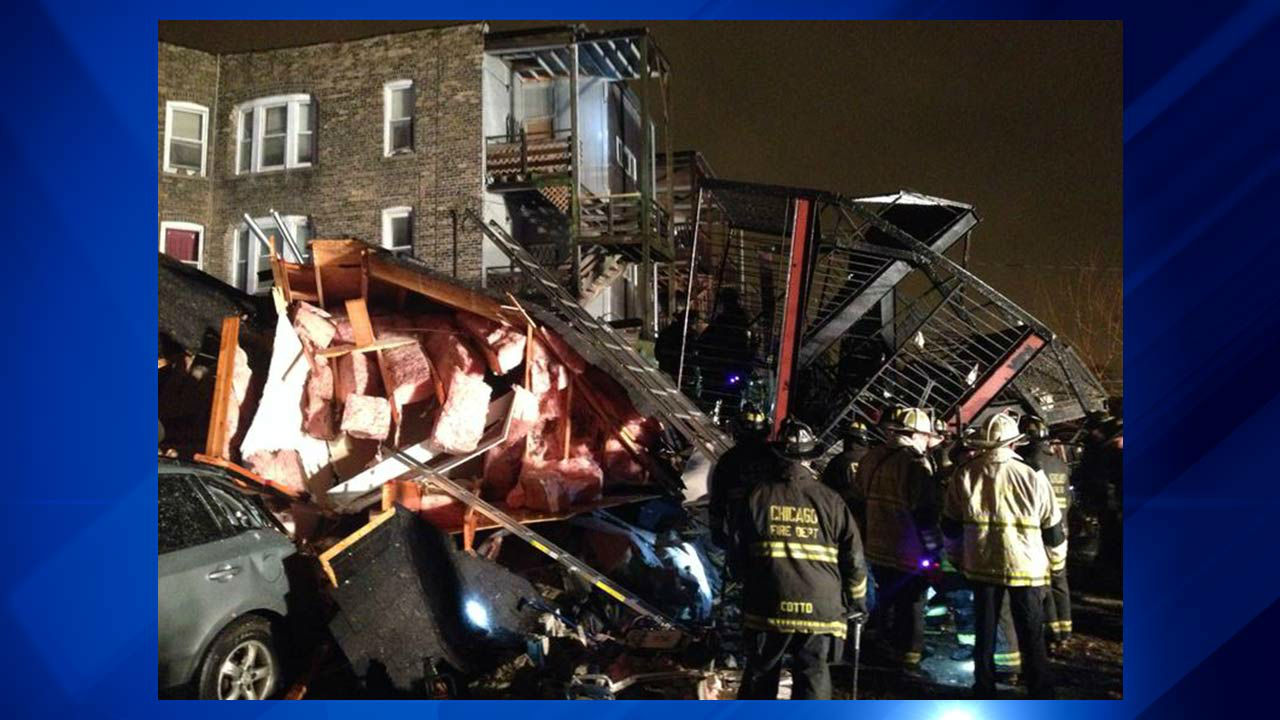 The structure came crashing down near 58th Street and Calumet Avenue in the city's Washington Park neighborhood around 7 p.m. Sunday.

Two women, ages 51 and 78, were trapped in the debris. First responders were able to get them out quickly. A dog was also pulled to safety. The 51-year-old was taken to University of Chicago Medical Center in serious condition and the 78-year-old was taken to Stroger Hospital in critical condition. Their conditions stabilized by Monday morning.

"I can't believe that building just went down like that. It was crazy," said Nefertiti Hopkins, a resident.

Crews continued sifting through the wreckage Monday to make sure there was no one else in the four-flat when it came down. There are four separate apartments in the building, which was built three years ago. But the two women were believed to be the only ones inside at the time of the collapse.

"From what we gather, those were the only two people - besides a dog - in the building," said Chief of Special Operations Michael Fox, Chicago Fire Department.

Inspectors are trying to determine whether the building was leveled by an explosion or if it simply collapsed. Residents of adjacent buildings were temporarily displaced, as the gas was turned off to their units while Peoples Gas officials investigated into whether the incident was as a result of a gas leak.

"In the car with my dog. I was up all night. I couldn't even sleep," said Carl Jones, a neighbor.

Angela Brooks spent the night with a friend. Her bigger problem is dealing with what remains of her car; it was totaled after the building collapsed onto it and others that were parked nearby.

"I looked down and couldn't see my car. Then I came down before the fire department arrived and we are able to go there. I saw part of the roof and things like that," Brooks said.

However, Brooks said the victims in the hospital have put her situation into perspective.

"It would be great to sleep in my own bed. Needless to say my nerves are still bad from yesterday," Brooks said. "But the good news is they both survived, my insurance adjuster was here. It could be worse."
Related topics:
washington parkapartmentchicago fire department
Copyright © 2020 WLS-TV. All Rights Reserved.
RELATED 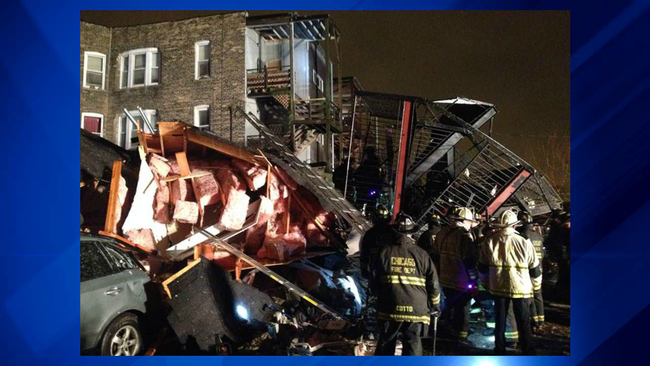