Woman beaten by CHP officer speaks out to Eyewitness News

KABC
By Marc Brown and Lisa Bartley
LOS ANGELES -- For the first time, the woman who was beaten by a CHP officer on the side of the 10 Freeway is speaking out. Marlene Pinnock tells Eyewitness News Anchor Marc Brown she feared for her life as the CHP officer pummeled her in an incident that was captured on cellphone video.

"I think he was trying to kill me. He was trying to beat me to death," says Pinnock, a grandmother who tells Eyewitness News she's been homeless for about five years.

"He was just socking me with all his strength, with his hands all up over his head, giving it all he had," says Pinnock.

Pinnock gave her first interview to Marc Brown Sunday as pressure mounts on the California Highway Patrol to disclose what, if any, discipline has been taken against the CHP officer. Civil rights advocates, including the Los Angeles Urban Policy Roundtable, are calling on Gov. Jerry Brown to intervene in the investigation.

"For almost seven weeks, the CHP has ducked, dodged, maintained a wall of silence about the beating of Marlene Pinnock right here at this freeway," said Earl Ofari Hutchison at a news conference on Sunday. "Are they in fact going to punish the officer who beat Marlene Pinnock? We have no information on that. It has been complete silence from the California Highway Patrol."

"This is a woman, beaten by a man. He could have killed her, and his boss has literally done nothing but cover it up. And he's being aided by prosecutorial entities that haven't done much of anything yet either, that we can see," says Harper.

The CHP has declined to name the officer, but a federal civil rights lawsuit filed by Pinnock last month identifies him as Officer Daniel L. Andrew. CHP Commissioner Joseph Farrow and a CHP investigator identified as S. Taketa are also named as defendants.

The lawsuit alleges that Pinnock was "violently thrown to the ground" by Officer Andrew, then struck 10-15 times, with her clothing ripped off in the melee.

"He exposed me, as far as my garments, my clothes were up," says Pinnock.

The July 1 beating was captured on cellphone video by a passing motorist. It's since gone viral, with hundreds of thousands of views on YouTube and worldwide media attention.
"It was hard bangs, like he was beating me to death, like he was trying to kill me," says Pinnock.

"Was he saying anything to you?" asked Marc Brown.

"He wasn't saying anything, he was just socking me," says Pinnock.

The CHP has previously said the officer was trying to stop Pinnock from hurting herself and others by walking into rush-hour traffic on the busy 10 Freeway near the La Brea off-ramp. A CHP spokesperson told Eyewitness News on Sunday that "the involved officer is currently assigned to non-road patrol duties, pending the outcome of the internal investigation associated with this incident."

According to that spokesperson, any disciplinary action against the officer would be premature because the CHP investigation is ongoing.

"Once the internal investigation is complete, which will likely be within the next several weeks, it will be reviewed and finalized. At that point, any publicly releasable information will be provided."

The CHP confirms to Eyewitness News its leadership is in contact with the U.S. Attorney's Office, the LAPD and the Los Angeles County District Attorney's office as the investigation moves forward.

Answers can't come soon enough for Pinnock, who spent several weeks recovering from her injuries, both physical and psychological. Pinnock broke down in tears as she watched the video of her beating again.

A fund has been set up in Pinnock's name. Anyone who wants to contribute can do so at any Wells Fargo Bank. The account is: Marlene Pinnock 5052. 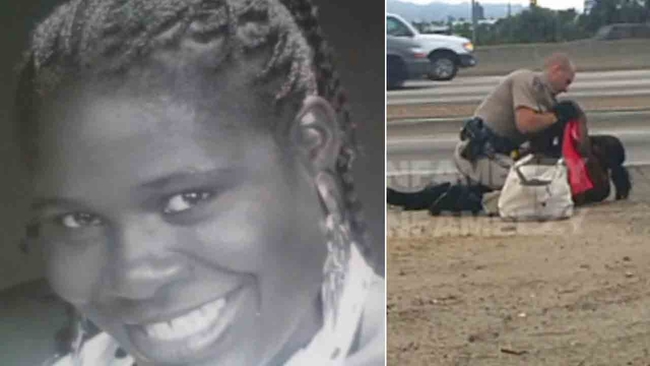 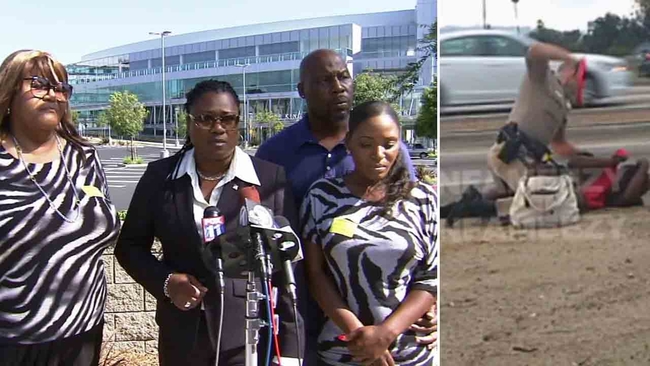 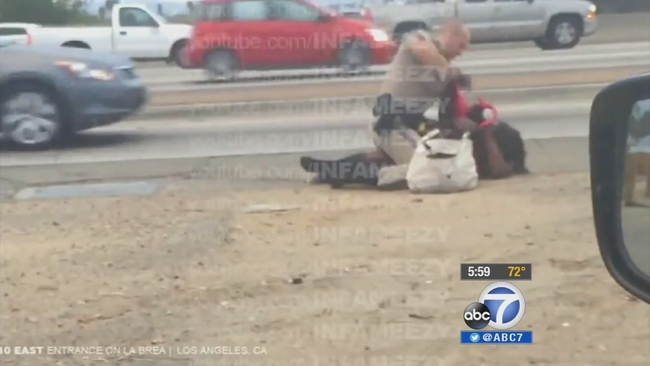 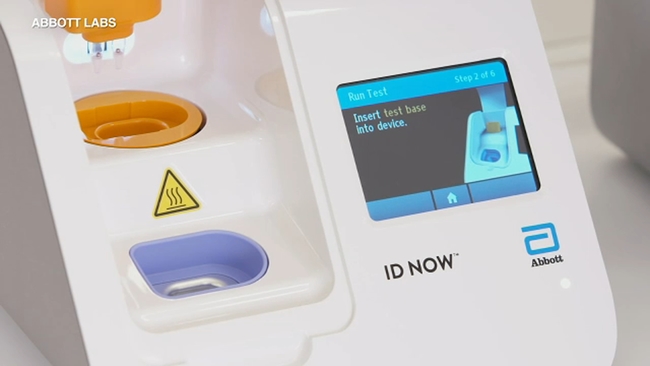