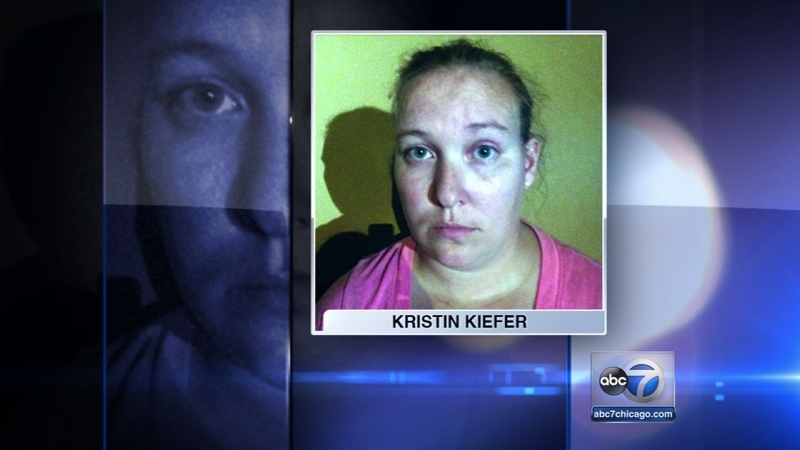 VOLO, Ill. (WLS) -- A 30-year-old woman is charged with filing a false police report after she lied about spotting the suspects in the Fox Lake murder of Lt. Joseph Gliniewicz, authorities said. 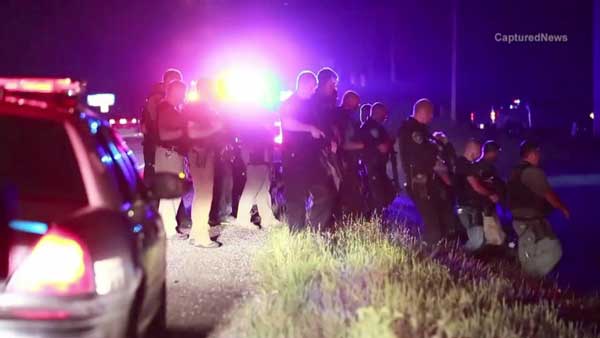 PHOTOS: Massive search for Fox Lake suspects in Volo
A woman's claim about spotting the men wanted in Lt. Charles Joseph Gliniewicz's murder in Fox Lake prompted a massive five-hour search in nearby Volo. It turned out to be a hoax.

Kristin Kiefer's claim prompted a massive five-hour search in Volo and Lakemoor overnight that rattled a community already on edge.

"I think it's horrible, I don't understand why somebody would do such a thing?" said Shon Ross, a Lakemoor resident.

The Lake County sheriff's office said Kiefer told officers she pulled over at Rt. 12 and Rt. 120 in Volo for car trouble on Wednesday night. She alleged that two men, one white and one black, who were in a cornfield approached her and tried to steal her car. She said they ran away.

Nearly 100 state and local law enforcement authorities searched the area along with 11 canine and three air units from around 9:30 p.m. Wednesday until around 2:30 a.m. Thursday. Nothing was found.

Authorities said Kiefer later admitted to fabricating the entire story because she wanted attention from the family that she nannies for.

Kiefer, of Vernon Hills, was charged with two counts of disorderly conduct for falsifying a police report. One of those charges is a felony.

A massive manhunt for two white males and one black male went on for more than 20 hours earlier this week, after the lieutenant was fatally shot while responding to a call about three suspicious people in Fox Lake on Tuesday.

Area schools went on lockdown after the shooting. Classes were canceled on Wednesday as the manhunt continued. Students at Grant Community High School and other local schools returned to class on Thursday.

Gliniewicz was the first Fox Lake police officer to be killed in the line of duty.