Woman fatally struck on US 20 in Bartlett, fire officials say 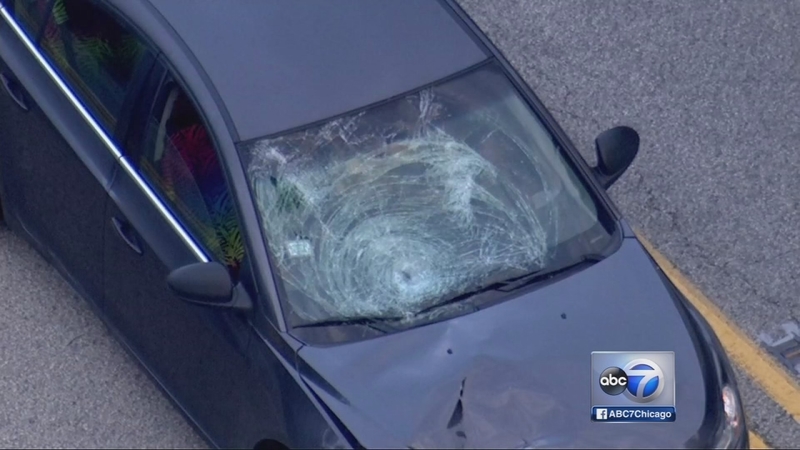 Woman fatally struck on US 20 in Bartlett

BARTLETT, Ill. (WLS) -- A woman walking on U.S. 20 was struck and killed near Lambert Lane in west suburban Bartlett.

Emergency crews from nearby Elgin responded to the scene early Monday morning. Bartlett police, who are handling the investigation, said the woman was struck by a car heading east on U.S. 20 around 5:30 a.m.

The car's windshield was shattered. The driver was not injured.

Elgin fire officials said the woman died. She has not been identified.

Bartlett police closed U.S. 20 in both directions between Lambert and Naperville Road during the morning rush to investigate the crash.

The closure jammed traffic in the area for hours. Drivers tried to take alternate routes. But at one point, all of the parallel streets in the area were backed up.

"We left our home at like 7 a.m. and we are still here," said Arpitan Gandhi, who sat in traffic for about 90 minutes.

Investigators did not say when U.S. 20 is expected to reopen.

A pedestrian was fatally struck on U.S. 20 near Lambert Lane in west suburban Bartlett.