Woman killed by hit-and-run driver after collapsing in crosswalk 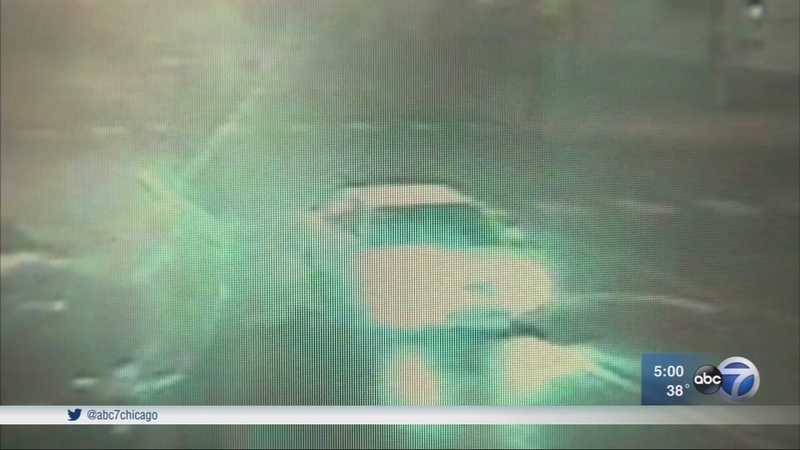 CHICAGO (WLS) -- Police are searching for a hit-and-run driver who fatally struck a pedestrian on Chicago's West Side Monday.

The 50-year-old woman was struck around 6:15 a.m. in the 5300-block of West Chicago Avenue in the city's Austin neighborhood, police said.

Surveillance video captured the deadly crash. shows the victim laying in the middle of the intersection - with witnesses trying to help - as she is run over by a car. The driver never stopped.

The 52-year-old woman can be seen in the crosswalk, crossing Chicago Avenue at Lorel, when she suddenly collapses.

A dark-colored car stops and the driver activates the hazard lights in an attempt to notify other drivers. Two witnesses nearby also ran over to help.

John Moore was one of those people. He watched as a speeding mid-sized white sedan ignored the warning and ran over the woman.

"He was trying to direct traffic to go around his car, to avoid her, but the second car, he couldn't help but see her because she had on a brightly colored coat so it's not like she was in something dark," Moore said.

The woman was rushed to Mount Sinai Hospital, where she later died. Her name has not yet been released.

Moore said he will never forget what he witnessed.

"It was so horrendous when I saw the car ran over her, I called 911, you know. I couldn't it was too horrific to go near the lady," Moore said.

Resident Dollie Sherman said the crash comes as no surprise. She said drivers speed along Chicago Avenue often, and it's a big concern.

"You always have speeding cars down here, that's way just this year we got three speed bumps put on our block because of all the speeding," Sherman said.

The car was last seen fleeing east on Chicago from Lorel, police said.