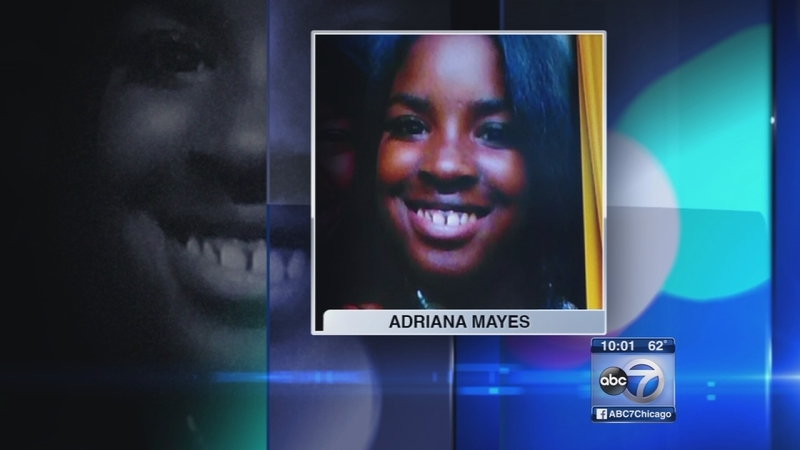 CHICAGO (WLS) -- Chicago police said a 21-year-old woman was killed in front of her 14-month-old daughter in a shooting in the city's Roseland neighborhood. A man was also injured in that shooting.

The shooting happened around 2:30 p.m. near West 106th Place and South State Street, police said. The woman was shot in the side and taken to Christ Hospital where she was pronounced dead.

The Cook County Medical Examiner's Office identified the victim as Adrianna Mayes. Officials said she lived on the block, and had apparently returned home with her daughter when the shots were fired.

Police said Mayes's daughter Kaniyah was unharmed in the shooting.

Witnesses said Mayes was chatting with an elderly neighbor who was sitting in a red sedan parked on 106th Place when police said two groups of men exchanged gunfire.

Harold Newton said he rushed to her aid and that she appeared to have been shot in the chest.

"I heard shots, looked out the door, saw the young lady on the ground. I ran out of the house. Told my sister to call 911," Newton said.

Newton said he applied pressure to her wound.

"She was like a fish out of water, just gasping for air," he said.

"It's sad and it's heart wrenching because 21 years old, she hasn't even lived her life yet. And to think that another innocent baby could have been a victim, it's sad," said neighbor Patricia Carter.

Kaniyah is being cared for by relatives Monday night, and residents on the block grapple with something all too common.

"We've pretty much gotten numb. It's not a shock anymore," Newton said.

A 22-year-old man suffered a gunshot wound to the hand and is in good condition.