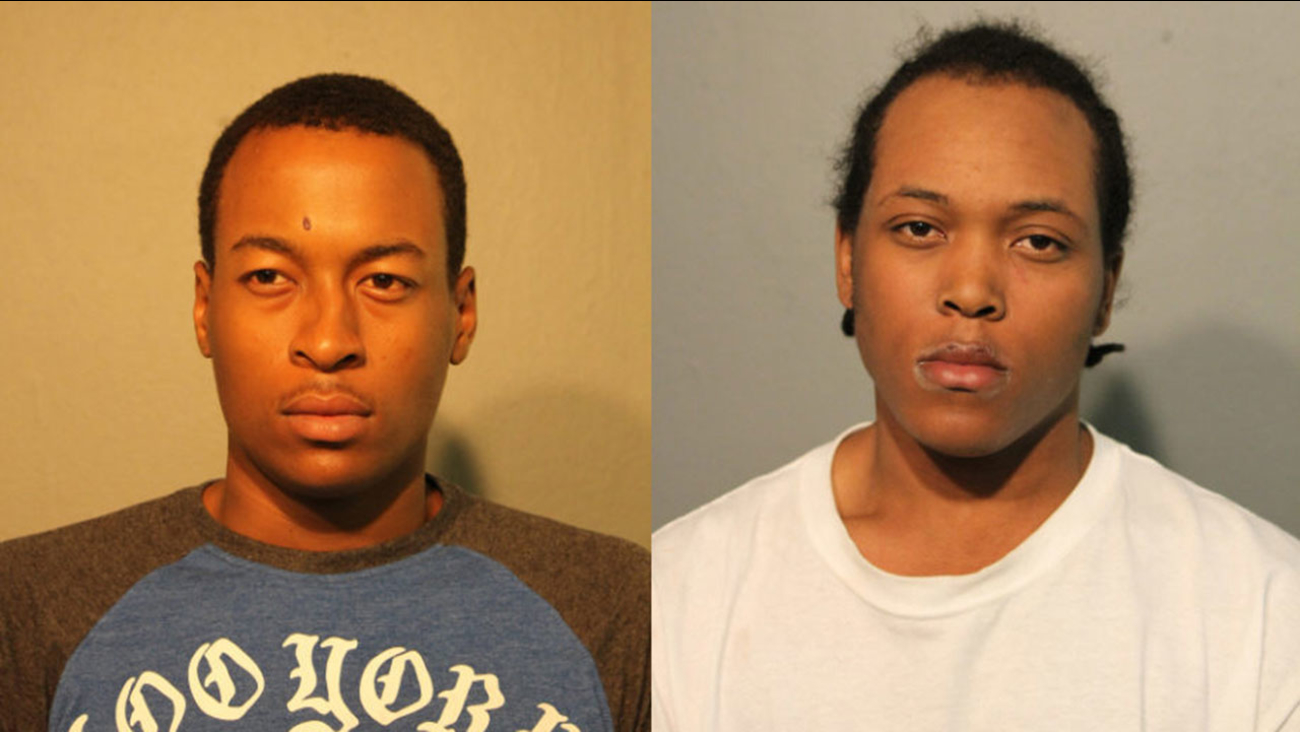 CHICAGO (WLS) -- Two men have been charged in connection with a robbery that occurred in the city's Lakeview neighborhood.

Michael Lee, 22, and Devontae King, 20, were arrested after being identified as the suspects who allegedly robbed a 23-year-old woman in the 3100-block of N. Clark Street around 10:45 p.m. Monday, police said. The victim was walking with money in her hand when the incident occurred, and police say Lee allegedly struck a 25-year-old male witness in the head when he tried to intervene.

The suspects then allegedly fled the scene but were arrested and charged shortly after. The female victim was not injured during the incident.

Lee and King both face one felony count of robbery, and Lee faces an additional misdemeanor count of battery.