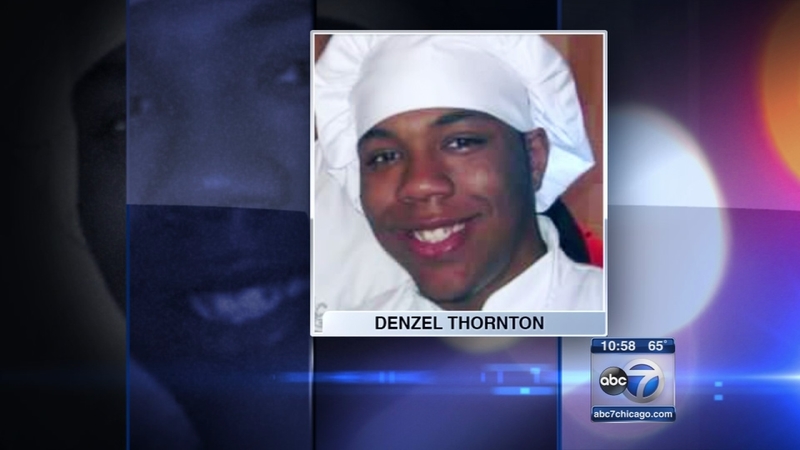 CPS employee gunned down outside school

Police said the man was shot in the head by someone on foot around 12:30 p.m. in the 4800-block of W. Walton in the Austin neighborhood.

Thornton worked as a food compliance officer who worked at McNair, among other schools. He had just finished his regular rounds at McNair when he was shot right outside the school.

"We are working with our partners at CPS security to download and review video camera coverage and to see if there's any information contained on those videos that could lead us to the identification of the offender and his apprehension," said Chief Gene Roy, Chicago Police Dept.

David Blackmon, program coordinator of culinary arts for CPS, says Thorton was one of his favorite students. He was a 2009 graduate of Corliss High School, earning hundreds of thousands of dollars in scholarships. Blackmon wants to know why Thorton was shot.

"It really breaks my heart that this happened to him," Blackmon said. "So I'm asking why, why Denzel? Because, you know, he didn't deserve this."

No students at the school were hurt. Students were told to stay in their classrooms until dismissal at 2:45 p.m.

Chicago Public Schools CEO Forrest Claypool arrived after the situation unfolded. He did not want to comment on camera, but said he was going to the graduation.

Claypool released a written statement Thursday evening, saying: "On behalf of all of Chicago Public Schools, we were devastated to learn today about the tragic death of one of our employees. Denzel Thornton was a member of our Nutrition Services team, and like many CPS employees, he worked hard every day to serve our children. Even in challenging circumstances, CPS employees are extraordinarily dedicated to the students we serve, and I have the deepest respect for their commitment and hard work. I extend my heartfelt condolences to the friends and family of Denzel Thornton, and we will all keep them in our thoughts and prayers."

Blackmon said Thornton's death is a reminder of the dangers CPS employees face on the job.

"I know a lot of workers and we all say this: this could have been us," Blackmon said.

The CPS crisis support team will be at McNair on Friday for students, teachers and staff.