WTVD
By with the Associated Press 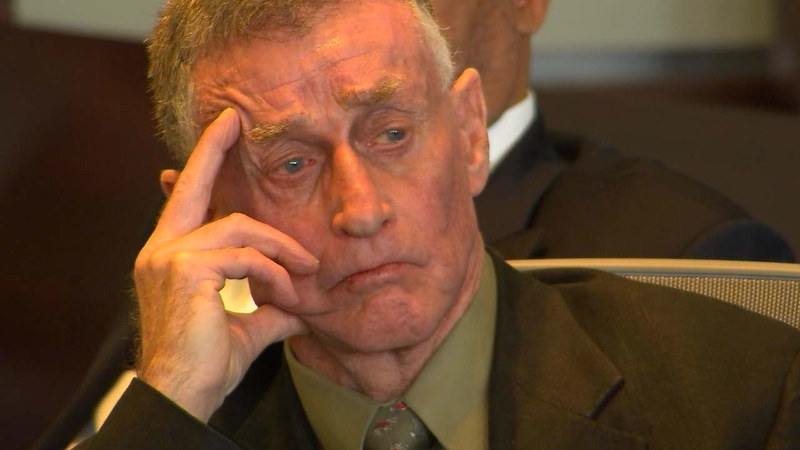 The plea deal came before Peterson faced retrial on a murder charge that was set for May 8.

Peterson, who was also a former newspaper columnist and candidate for mayor of Durham, was convicted of first-degree murder in 2003 and sentenced to life in prison without parole.

Through it all, Peterson has maintained his innocence. Using the Alford plea, the 73-year-old can still say he's innocent while agreeing the prosecution has enough evidence to convict him.

"Accepting this Alford plea has been the hardest thing I've ever done," said Peterson at a news conference after the court hearing.

Peterson speaks after the hearing

He claimed the evidence against him was made up and witnesses lied. But he said he took the deal because he felt the system was rigged against him.

Peterson said he son told him "the odds are against you. You'll never win. Pick up your chips and go home."

"The words 'Alford plea' are meaningless. Alford smalford. It means nothing. Guilt!" she yelled at him. "You brutally took the life of a woman who provided for you, guarded your children, she loved you!"

Peterson's trial in 2003 had all the makings of a made-for-TV movie - and one was filmed, along with a multi-part documentary - including his bisexuality; the death of a family friend whose body also was found at the bottom of a staircase years earlier in Germany; and the state blood spatter analyst whose discredited testimony in another case eventually led to the first release of a man under the state's unique innocence commission.

Through all of it, Peterson's two biological sons with his first wife support him, as do the two sisters he raised and whose mother is the woman who died in Germany. But Kathleen's family, including her daughter Caitlin Atwater and sister Candace, do not.

In 2007, Atwater reached a $25 million wrongful death settlement with Peterson, payable if his conviction stood. Peterson acknowledged no guilt in the settlement.

It's not clear how the Alford plea could impact the settlement.

After Peterson was released in 2011, Zamperini - who testified for the prosecution at trial - told The News & Observer of Raleigh that she had agreed with the guilty verdict. And earlier this month, she said in a statement to media outlets that Michael Peterson has "professed his false innocence" for over 15 years.

Kathleen's body was found Dec. 9, 2001, at the bottom of the staircase in their 12,000-square-foot mansion. The prosecution won a first-degree murder conviction in 2003 without a murder weapon or a clear motive, although witnesses testified about financial problems and Peterson's bisexuality. Defense attorney David Rudolf said jurors said they relied on the testimony of Duane Deaver of the State Bureau of Investigation, who was fired in 2011 after an independent audit found problems in 34 cases he was involved in.

In December 2011, Judge Orlando Hudson - who heard the original trial - ordered a new trial on the basis of Deaver's testimony. Peterson was released from prison then and slowly gained more freedom.

Hudson declined in November 2016 to drop the charges against Peterson, whose attorneys argued the case couldn't be tried because evidence hadn't been stored correctly.

Peterson now lives in a 1,200-square-foot, two-bedroom condo. It is more than enough, said Peterson, now a grandfather of two in an Associated Press interview. He plans to visit family, spread across the country. But after that, he's not sure about his plans, other than to write a book.

ABC11 streamed the entire hearing on Facebook. Watch it here:


The Associated Press contributed to this report