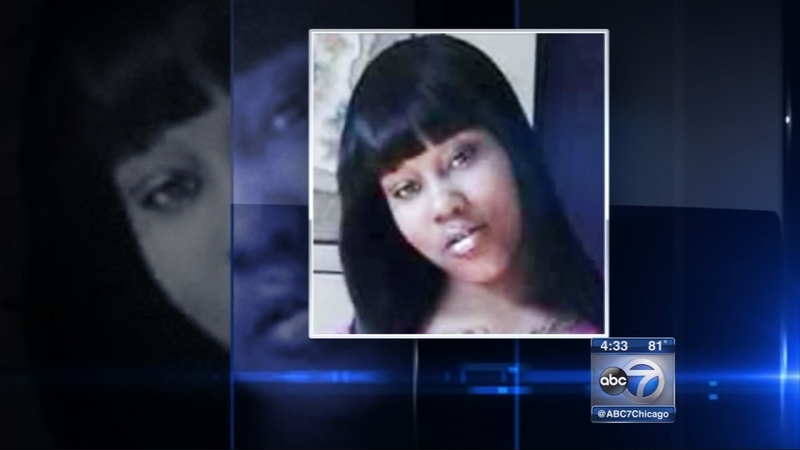 CHICAGO (WLS) -- Chicago police are asking anyone who witnessed the deadly stabbing of a 25-year-old mother on the CTA Red Line to come forward.

The victim, identified as Jessica Hampton by the Cook County medical examiner's office, was stabbed in the neck on a Red Line train near the 47th Street station around 12:30 p.m. Thursday.

A photo posted on Facebook shows the suspect on the platform, being led away in handcuffs by police.

Hampton's family says Jessica was on her way from a North Side halfway house to her mother's South Side home at the time of her murder.

"My sister was a beautiful, gifted young lady. She did not deserve to go the way she did," says Lorel Hampton.

Witnesses said they had seen the man ride the train almost every day. They said he was sitting across from Hampton before the attack.

"He asked the young lady a question, she said no, and he got up and started stabbing her," said Andrea Patterson, a witness. "She fell toward the floor and he slit her neck."

Hampton was pronounced dead at the scene. She is survived by her six-year-old daughter, who is in foster care. No one else was hurt.

Investigators said the stabbing was a domestic dispute and that the suspect and the victim knew each other. But eyewitnesses said the attack appeared to be random.

Hampton's family said she and the suspect may have known each other, but they did not have a relationship.

Her uncle, Earnest Fraiser, said he believes the suspect made advances toward Hampton and when she refused, he got mad and killed her.

"Everybody was shocked that knows her," Fraiser said. "Who would do something like this to her and why?"

Passengers on the scene took pictures of Hampton's body and posted them on social media, and that is how some of her family members learned of her death.

The Hampton family is asking for the pictures and video to be taken down from social media. They are enraged that people would rather take pictures than offer to help on the scene.

Lorel Hampton says her sister was killed just as she was trying to turn her life around.

"My sister was working on getting [her daughter] back, trying to get herself together," she says.

CTA officials said homicides are rare on the transit system. There have only been three killings on the CTA since 2010. Overall crime was down 25 percent last year.

Investigators are examining surveillance video. The man in custody has not yet been charged.